To start things off, I've had some time to do something I enjoy but really don't get time to do much of anymore. The art of Video Game Box Art creation! :P By the looks of it it's been almost 3/4 of a year since I've done my last one! They're just SO time consuming and at times frustrating that it often gets shoved aside as I go watch a movie or play a game instead :P

But I dusted off, my ol copy of Photoshop and gave it a whirl. This boxart is for Darkstalkers Chronicle: The Chaos Tower, a superb 2D fighter for the PSP. 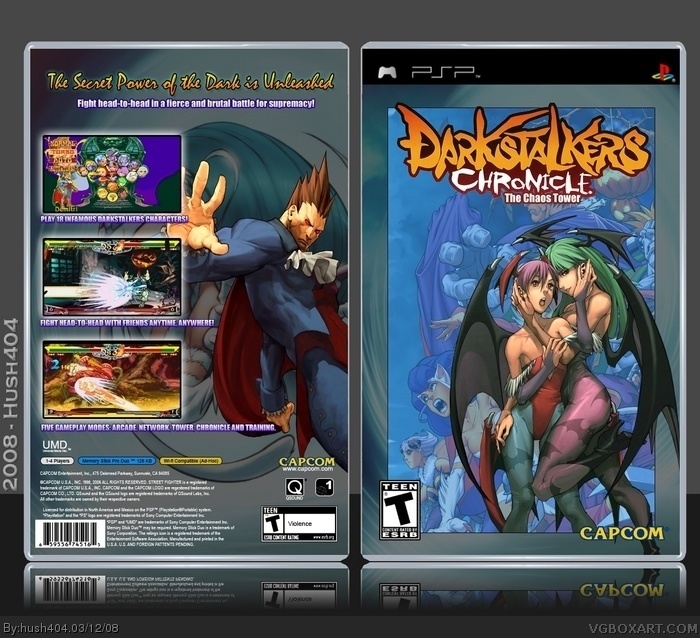 Let me know what you think! You can check out the rest at VGBoxart.com or my DeviantArt Page.

Also, note worthy is the final arrival of a set of CD's which I ordered off of ebay! The set included 14 CDs of music - mostly soundtrack work - by Yokko Kanno who is very quickly becoming a fav of mine. She did the entire music score for Ghost in the Shell Stand alone complex and Solid State Society which is what first got me interested... cuz I'm such a bit GitS nut :P The CD's I've received today include some of her work, some of the work from her band (The Seatbelts) and some other talented Japanese artists thrown in here and there for a mix up.