The Long Halloween & some Anime

What's better than some Batman and Anime? Nothing my friend - and it's what this blog post is all about. 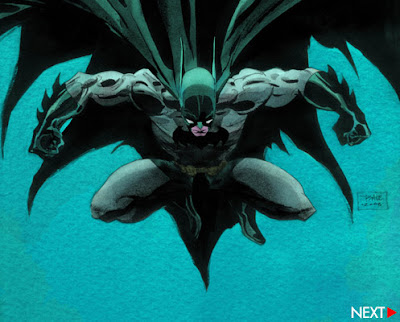 Batman, has always been a big thing with me - from childhood with the animated series, the live action movies, figures, Halloween costumes, you name it! However, one place I have not delved into is the world of comics - which is odd eh? Seeing as batman came from that world. That ends now, with "The Long Halloween" a superb collection (I believe it's a collection) book of about 370 pages of insane batman action. I received the book as a gift this holiday season and didn't both to start going through it until now. To put it short, I'm really liking what I see. I can't wait to go through it more and see what's in store :D

Another thing I've been putting off is the anime series "Speed Grapher" - which I randomly picked to watch out of a late night search for a new anime. I've finished up to the end of episode six and I'm hooked! A talented and believable voice cast matched up with an apealing illustration style and great characters and different premise makes for some great entertainment. 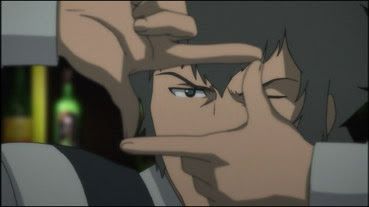 The story revolves around a war photographer who stumbles upon a secret society for the uber-rich and/or famous (in Tokyo, Japan) where members pay an insane amount to secretively live out dirty pleasures they're interested in - which would otherwise ruin their public image - if being done in the light of day. Murder and extreme sexual practices are only the begining of what this society partakes in and at the center of it all - a mystical girl who is used to awaken powers within people by means of a kiss. People who do not have the potential for a power will instantly die - while those who do show potential will have their "Greatest desire granted". This desire is not something you choose, but rather something thats deeply routed within you - example - one woman had an insane lust for diamonds and her granted "power" involved her being able to consume diamonds and then pretty much become diamond herself. The main character of the story however crashes the party, nearly gets himself killed and accidentally gets kissed by this mysterious woman - who "grants" him the power to use his camera to destroy stuff. Literally, he looks through his camera and what ever has been shot explodes before him. Turns out the mystic girls is doing this in a trance like state against her will and the main character sets out to rescue her from the clutches of this society.

Like I mentioned, I'm ready to start episode 7 and thus far I love the series. 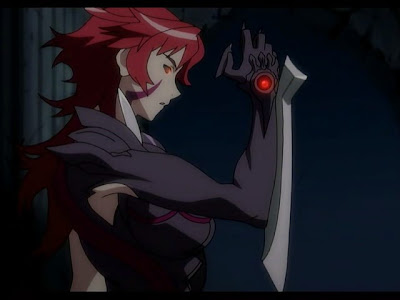 Another anime I started at the same time as Speed Grapher (but have put aside for a bit) is Witch Blade - which was recommended by a friend. It's interesting to say the least... but honestly believe that there's a much better anime underneath the gratuitous massive boob shots. ha. I'm all for the attractive ladies... but it's comical - the size of the main character's breasts and the amount of attention given to them in every episode. Sad, as the characters seem to hold up very well, the animation is incredibly crisp and pleasing - and the voice acting just as spot on. Will have to view more to give a final verdict... I'm just hoping it can get past the idea of shocking the viewer and deliver more story, else I may be majorly disappointed.
at 1/09/2009 10:42:00 pm
Labels: Anime
Newer Post Older Post Home