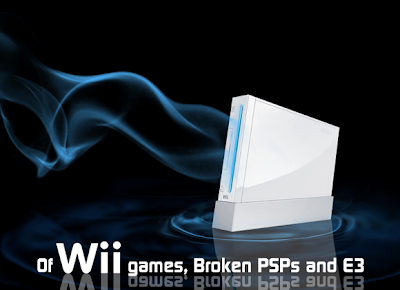 Soz, my house hold is now complete for this generation.  Within the confines of my room a PS3, 360, PSP and DS sit and sitting near it, in the living room, the newest member of the gaming house hold, a new shiny black Wii system, from Nintendo of course :P

My sis, whom just finished 4 years in university was itching for a long time to pick up a Wii and now that she's got some money to play with, it's finally a reachable item. She picked up the new black bundle which includes a black Wii, Wii-mote, Wii Sports, Sports Resort and 1 Wii-Motion Plus. She also grabbed another Wii-mote and New Super Mario Bros which I know is a good bout of fun. More Wii-Motes and Nun-chucks are planned for future purchases but I was wondering about games.

Can you recommend some good games? Both Wii disc based and download titles? I went browsing the Wii-shop channel and got Super Mario Bros (NES), Super Mario Bros 3 (NES) and Zelda: Ocarina of Time (N64) downloaded from the Virtual Console section and they're spot on awesome :) My sis didn't know the Wii had this feature and really enjoys it; she's already making a list of games she wants to get. I then checked in on the WiiWare section and had a few ideas in mind... but from what I see there's a hefty price tag attached to most of the games there. I've even seen some games I own for my PSP (as mini's) that cost me a few dollars at the time, are on the WiiWare service for like $10+, yikes. Soz, that's why I'm asking for help in choosing some goodies, as to not get burned.

Wii, disc based game recommendations are also welcome. I've got an idea of some titles I'm looking at playing on the system, but I'm prob missing some. I've got Metroid Prime Trilogy in my wishlist as well as A Boy and his Blob and some No More Heroes to name the biggies. I'm also following the new Metroid "Other M" title quite closely too. My sis is all about mario, so don't both recommending Galaxy 1/2, Kart, Party or w/e Mario iteration you're thinking of as she'll prob get it without any help from me. I'm also looking for Wii unique games, as I own a PS3/360 and can play all of the better multiplatfrom games on those systems. Thanks.

Switching from great news to some not-so-great news. My PSP's UMD drive isn't working :( I had the system with me on a trip last week, Wednesday night being the last time I sat down and used it. Playing a UMD movie it worked fine. Come Sunday during a family gathering/bbq, I let one of my cousins use it to give FF Dissidia a try and he came back moments later saying it was making weird noises and not loading. Sure enough that's exactly what it was doing. The UMD drive clicks, pops and grinds as it spins the UMDs and never gets to loading teh data to the PSP.  I played around with it after consulting the internet for info on the subject... and I've got the clicking and popping noise reduced, but it's still not loading games :( It's a 1001 model (the first, phat model) soz maybe I should just bite the bullet and get a new 3000 model? After checking online, I found out that it'll be at least $90 to ship it to Sony to fix (not under warranty)... but for $160 I could go get a new one at the store. Sigh. I think I'll just wait to see if anything about PSP2 arrives at E3 this year, if not I'll just go get me a 3000.

Speaking of E3, who's excited? It's a few weeks away (June 15-17, 2010) and stuff keeps building up as speculation for the show in regards to announcements, titles and even new hardware rumors. There are a large list of games I'd like to see shine at the show and some interesting new technologies being prepped for the future that would be awesome to see more on.

Just recently Insomniac, the team behind the Ratchet & Clank and Resistance series announced that they're partnering with EA Partners for a multiplatform deal with a new IP they're working on, perhaps something could be shown for that?

Killzone 3 was let loose recently as well, as Sony officially announced it via magazine article and online debut. Scale and variety is said to be the beast they're aiming to tackle this time around and it's confirmed to support 3D, of which Sony seems to be pressing as of late.

Speaking of 3D, Gran Turismo 5 the ever elusive racing sim is said to of been delayed last time to allow time for support of both 3D and PlayStation Move. No confirmation on that, but there are strong rumors. Very kewl.

A strong rumor (being one with actual ground to stand on) is circulating that both Ico and Shadow of the Colossus are being given the HD treatment not unlike that given to God of War 1/2 and will be released in early 2011. Speaking of Team Ico, their new title "That Last Guardian" is rumored to make a large appearance at this year's E3 too.

Mario is kicking butt and taking names as his latest outing "Galaxy 2" garnered a 10/10 from gamespot and many perfect scores from various game publications across the board. Check in on meta-critic to see for your self.

There are also rumors of a Perfect Dark sequel brewing behind the doors of Rare and I can only hope that they're true and that the team takes more care to make a game like the insanely awesome N64 original and skip the crappy PD Zero style.

I'd like to finish with some sad news, of which I found out about just the other day.

Paul Gray, the man of the black mask with metal spike teeth and bassist for the band Slipknot, was found dead in his hotel room on Sunday May 24th, 2010. :( Slipknot has been a huge band in my life of music and I have major respect for all the guys in the band, including Paul. RIP dude. 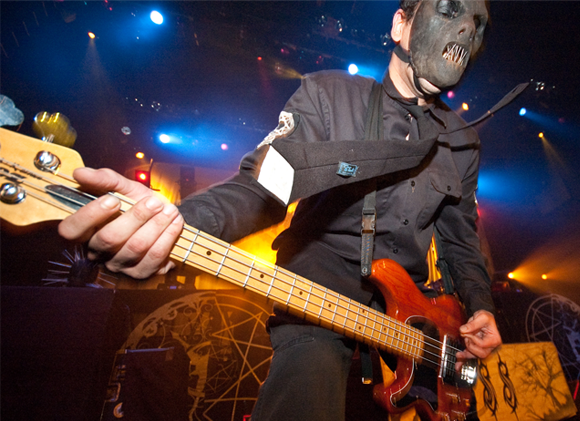