Dunder Mifflin, This is Pam

Sigh. Every so often something will come along that'll totally suck you in and destroy any kind of social life you thought you had :P Sometimes it's a game, perhaps an anime, a book series? In this very case tho, it's a TV show. The Office (US version) to be more specific. It's been a while since I've really gotten into a great show that I can't put down and want to watch as much as humanly possible. This fills that void nicely.

For anyone not in the know, the show has a very simple idea behind it's genius. A camera team follows the workings of your typical corporate America based business office, in this case one that deals with selling paper products to other businesses. Thing is... Steve Carell is the office manager and thus the place is a place of goofiness and fun rather than a place where a lot of work gets done :P

The show constantly has me in stitches (read: it's funny) and just about all of the characters are both unique and terribly interesting. Between the Michael Scott (Steve Carell's character) hate for the HR rep Toby, the relationship between Pam and Jim, the psycho hate/hazings between Jim and Dwight... or the many love affairs going on in the place of business... or even one of the many crazy schemes Scott comes up with to make the day just a little nutty... all of it makes me smile.

I just finished seasons 1-5 on dvd and ... I want more. I'm current downloading a copy of the sixth season to view... as I just can't wait for it to come to DVD in September (which I will buy... but I need to watch more NOW).

Speaking of great TV shows, I've gone and purchased the first 3 seasons of Dexter on DVD and can't wait to get into that as well :) While inspecting the discs I've noticed that they do a mere 12 episodes per season... which is a bummer as it means I'll fly through them much quicker than the 24 episodes of each season of the office. That aside, I am looking forward to watching it. 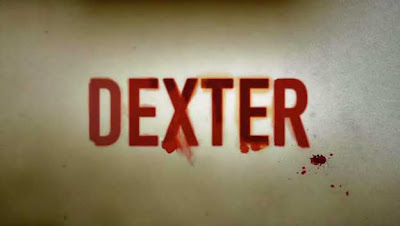 Any other TV shows you believe deserve a DVD purchase and viewing? I've been looking into getting Breaking Bad as the premise behind that seems like something I'd enjoy. I've also half considered getting into some kind of sci-fi stuff. Something like Stargate (dunno where to even start as there's a few series), perhaps some battlestar galatica? I recently got to see "Caprica" a sort of pre-quel to the BSG series and it was alright. Which reminds me I've been wanting to finish "The Andromeda Strain" a super long movie (more like a tv mini series :P) which I caught about 4 hours of (out of 8) one night on TV. 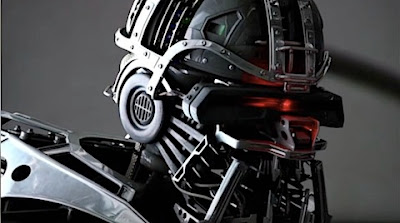 Infamous 2 will have the old cole back. SP is redesigning him after the negative response to the new design.
StarCraft 2 is out this tuesday, have my CE pre-ordered via amazon
Think I mentioned it before, but doing a blog on Special editions for games
I want to see inception after hearing from friends that its tight.
Keeping tradition, Mmm Rosie Jones
I got around to downloading some more games from steam (bought awhile ago). Mass Effect 1 and Metro 2033 both of which are great. I can almost max out 2033 graphically (which im happy with) and it looks gorgeous.
at 7/24/2010 11:55:00 am
Labels: TV
Newer Post Older Post Home