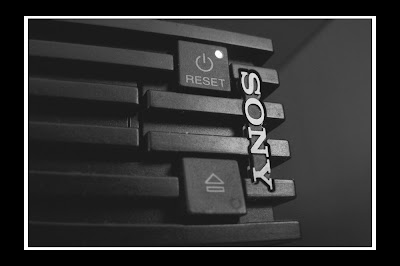 There have been a number of great blogs out there that have been taking a look back at the PS2 and it's glory days as this year (this fall specifically) marks it's 10th year in production; I thought I'd lend my 2 cents on the subject.

Yep, it's been 10 years since Sony released their much anticipated follow up to their first whack at a dedicated gaming console and the it's still selling today despite sharing space with not only it's successor but also that of systems by competitor companies and handhelds that pack nearly as much power as the PS2 itself.

Sony took a gamble and decided that DVD was essential to the success of the platform which turned out very well for them as gamers all around the world were getting the bonus feature of being able to play their DVD movies on the system in a time where DVD player's weren't cheap and competitors weren't taking advantage of this for their systems at all. Looking forward was smart, but looking back was just as smart as Sony decided that integrating the ability to play your entire PS1 catalog on the machine with nothing more than a PS1 memory card was something they would love to do. Jump ahead 10 years and most systems are emulating this idea to the fullest extent. They took a great controller that evolved on the PS1 and tweaked it for the PS2 - producing (arguably) one of the best gamepads for years to come. 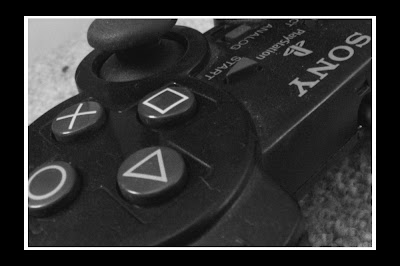 Solid first party titles and very strong third party support threw the system into the limelight as competitors struggled to keep afloat. The Dreamcast fell and the GameCube failed to meet sales expectations, all the while PS2 sales soared. Titles like Rockstar's (actually DMA Design) Grand Theft Auto 3, Konami's Metal Gear Solid 2 and Polyphany Digital's Gran Turismo 3 made the PS2 the system to own.

Later Sony introduced an online adapter for online play, hard drive attachments, tried out motion contolls with the eyetoy and even redesigned the system in a very small "slim" model. Which is still selling today, 10 years after it launched. It's total sales reach nearly 147 million units, the likes of which no other console has seen yet (even the uber-popular Wii sits at a mere 76million) and is the only sixth generation console you can still buy brand new in stores - as gamecube and xbox production halted the moment their successors came along. Hell, there are still new games being created for the system! Various sports titles still have PS2 iterations (which share similar code with the Wii versions) and a lot of titles from both the Wii and PSP get to see light on the PS2 which is great for anyone who is either A) on a budget or B) missed the PS2 in it's prime time. 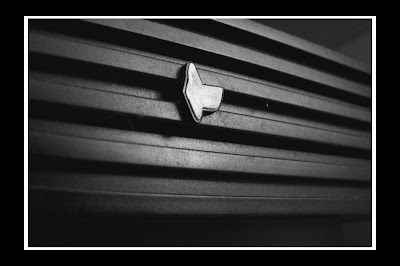 Back in 2000, this blogger was sitting in the ripe awkward age of 14, still enjoying the hell out of his N64 and only dreaming that a PS2 would be a machine he would one day own. The summer of 2002 was the year that I actually saved up enough to get my vary own PS2 and it took quite a lot of work in various jobs that I could find to do and make money at. Once I did save up just enough to get exactly what I wanted, I headed into Walmart with my mother and asked the bald man at the desk for a PS2, GTA3, a memory card and lastly decided on Turok Evolution because it was cheap and I assumed another full priced game would not fit into my budget. My mom was the key ingredient because without her GTA3 would of been a no-go, geez being 14 sucks, eh? :P Anyways, I got that sucker home and without too much hassle I got it up and running - the rest is history! Haha, seriously tho, it was fucking amazing. My sister and I played GTA till our eyes were bleeding. We both beat the game and sunk, literally hours into the title which my list of titles grew very slowly (again, being 14 sucks right...).

Through out the years my PS2 was a godsend. Titles like Metal Gear Solid 2, Burnout 3, Final Fantasy X, Soul Calibur 2, Kingdom Hearts, Xenosaga, Ico, Shadow of the Colossus, God of War, Killzone, DragonBallZ Budokai and many many many more ate away my time and made me love the machine. Lots of my friends had the system, we traded and borrowed games, playstation magazines came packed with demo discs and hardware wise I never had issues. At one point I thought my PS2 crapped out on me... but a quick look to the internet lead me to a tutorial on how to clean the dvd lens which after doing made my PS2 work perfectly again.

Sadly, I sold my original PS2. It along with about 30 games went to the hands on a long white bearded man who drove a huge purple pimp van. lol, that sounds odd... but that's exactly what happened. It was shortly after I got my PS3 and I was sure that with my new machine's ability to play PS2 games that I wouldn't need my old system... kinda sad that I made that decision.... but money was tight at the time... after buying a $700 PS3 :P 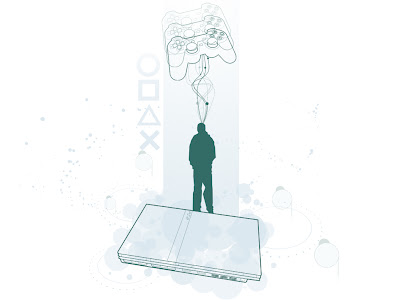