*Warning, quite a few F'bombs thrown around.

I know, I know... I did one of these blow up blogs a while ago outlining just how stupid fanboy/girl -ism is ... but hey, I thought I'd do another :P

Where to start? Well, I'd like to address the fanboys/girls directly.

Please shut the fuck up. Thank you. Ha, that's not even the beginning fool. Sit down and listen. SHUT THE FUCK UP. Ahaha, okay, no seriously, I've got more to say than just that. That one line, however, sums it up nicely. 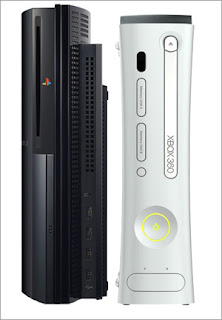 To anyone with either a 360 or PS3 who ends up bashing the other console... gahh. You guys are running machines so gawd damn similar that there should be nothing but love between you. 90% of the games out there for these two systems are shared and the ones that are exclusive to each system make the respective system shine, letting gamers enjoy a great experience and check your hate at the door. I've noticed heavily that the strongest fanboys/girls on these systems generally are those whom own just one of these systems. Anyone with the resources to own both know that each system is competent and have great experiences for all. This is by far the rowdiest crew of fanjerks (we'll use that term instead of boys/girls), the most vocal and the group where the dumbest claims seem to sprout. 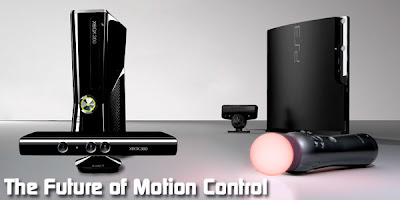 As of late the debate is over Kinect vs Move and it's driving me crazy! Each method takes a slightly different swing at the idea of motion gaming and as it stands; each works. You can think what you want per title for each tech but you shouldn't troll places where fans of each device and scream your brains out how much you hate said device and how it's garbage in comparison to the one you're supporting.

Sure, each company in question likes to fuel this kind of hate as they promote their ideas and claim "This option is best and on the best console" - sadly, people are eating this up. Companies are ALL about making profit and don't fool yourself in thinking other wise. 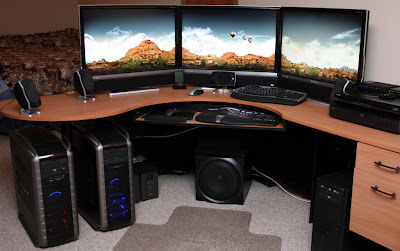 Which moves me to my next group. The snub fucking PC fanjerks. You fucks are quickly raising the ladder to becoming the ultimate jackasses of the fucking group. Forget hating on one system because you think the other is better, you dumb shits constantly scream that all console gaming is garbage and a burden to anyone who claims themselves "true gamers". In your eyes, No console game matches up, every PC version of a game is superior and if a port doesn't exist you point to other games and say "Fuck it, those are better than that game" and that PCs should be the only place to get games. I'd first like to point out that games aren't only resolution and textures as many of you point out the PC usually has higher standards for. Games are about the experience, one which consoles deliver to millions and millions of people every day.

Yes, the PC is just as much a contender for gaming as the major consoles out there, but to sit on a high horse and claim your system is the ONLY place for games is worse than the fanjerk-ism shown between PS/XB owners. Next, you can't buy a machine for $300 that can lay down the hardware sufficient enough to jack games into a resolution and smoothness that a console can provide. So stop telling people that you can. I've personally dropped over $400 into just a graphics card to run the games I want on PC in the way I want, forget the price of the rest of the machine... and that's buying from discount sources to get better deals than you would buying from a big name player with their commercial boxes.

PC can and a lot of the time does, run into problems with incompatibility. Still, you'll get a game, either boxed or from a digital source and get problems with differing operating systems, drivers, additional software packages, quirks, workarounds and the like. It can be a headache to even get a title working on the PC at times, so much more so for those not knowledgeable on the subject and a lot of PC fanjerks claim otherwise while point around to google for users to find answers for their complications. You shouldn't have to search google and comb through forums looking for someone to help you get your game running, it should just work... and yet PC fanjerks just sweep this under the rug and claim it's no issue at all. Fuck you, it is.

In closing. Just STFU, enjoy your games and leave the rest of the world alone. We're fine without your hate.

So... I found out about this movie by simply browsing around the movie section of my local Walmart. I wasn't looking for anything in particular and ended up picking a few titles to take home, this title of course, was one of them. 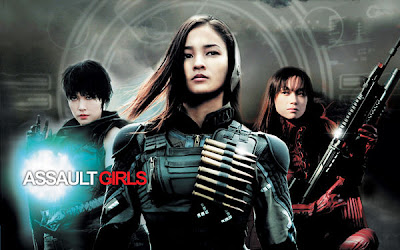 An eye pleasing cover design first caught my eye and not knowing a single thing about the title really pushed me to pick it out and take a look at the info sprawled on the back of the case. Something about a future where people interact quite often in online games that have shifted into almost reality based systems rather than the video games we know of today is what it outlined... and well that can go in either good/bad direction. But the thing that sold me on the idea was the line "From the director of Ghost in the Shell" - yep Mamoru Oshii directed it and that's really what pushed me over the edge to buying the disc.

I get it home, pop the disc into my PC's drive and go over the options in the menus found on the disc; which are mighty scarce. Special features are limited to one single trailer, audio options are only English in either 2.0 or 5.1 and there is just one option for subtitles too (english btw) which is... prob the worse serving of DVD I've ever seen. Really, who the hell ships a movie on a disc and includes no features what so ever? Not even options to change some audio? It kind made my raise an eye brow.

Anyways, I decided I wouldn't hate on it too much for that, simply because it was a cheap purchase to begin with. I went back to the main menu and started the movie. Right off the bat I noticed that while not the best looking thing I've seen, it had some decent visuals that did their job of portraying what they had to, to the audience. The whole movie takes in place in a large barren landscape consisting mainly of hills and loads of dirt/gravel. I believe there is a mix of real location with CG touch ups but it was honestly hard to tell, kudos to them for that. The suits that each character wore was equally as impressive. I really dug the look of each, which really fit for this kind of wacky future vision of a video game. 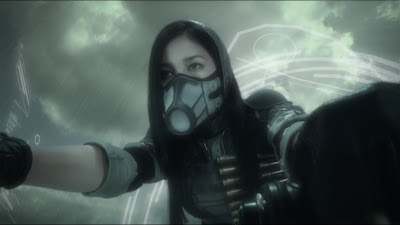 Each of the 4 characters are introduced as each of them log into this game server of sorts and go about trying to take down some massive sand-worm like creatures with guns and magic. Of the 4 characters there are 3 females (who make the cover) and a single male character whom... isn't mentioned for the most part (on the case of the DVD) but is essentially a main character... and one that felt had more of a backstory and stronger attachment to the layout of the movie than any of the 3 girls. Yet the movie is called 'Assault Girls' - who knows. Anways, the creatures are the only ones that appear in the movie and besides the characters and some CG aircraft... it's all you're really going to see through out the film. It really feels like that of an MMO project where you wander a wasteland killing creatures for experience and merely run into a fellow gamer here and there.

The story for this is as follows: The server these 4 characters are playing in is a special one that is only there for elite players of the regular servers of which the rest of the world plays on. Each of these elite players tries time and time again to bring down the big ol last level boss and continually fail. The system then prods them to work together to accomplish this task, claiming it the only way to win the scenario.

This part is where the movie drags, for me. You get long drawn out sequences showing the struggles of each character, how much each feels almost shamed that they need ask for a hand and honestly a lot of VERY slow montage like material that I wanted to skip so badly. The film even tries to make some rivalry between the characters as some of them trade insults aimed at each person's real life. Making it worse though, is the random dialogue! The script obviously wasn't meant for an English audience and the sentences really don't convey what they might to the original language. But what's really weird is that 65% of the time the actors, speak in very broken and laughably bad English but the other 35% of the time they switch to Japanese without the option to choose one or the other! I was glad I had the subtitles on because I was incredibly confused. 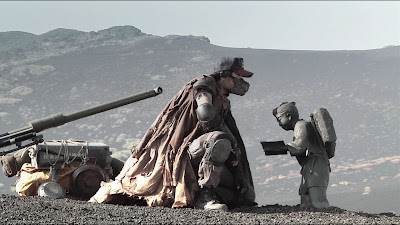 The characters eventually do get together to devise some tactics for their attempt at taking on the final boss as a team and the end battle is kind of kewl. I won't bother spoiling what exactly happens or whether they actually win the battle, but I'll just say that when the credits rolled... I wanted so much more. It honestly felt like a fan's pet project and their first attempt at introducing a set of characters. Had it been an opening to a series I would of thought it a good start... but seeing as it's a movie that's suppose to have a start, climax and end... I really was disappointed.