This Christmas was an odd one at best. At times it didn't even feel like Christmas. We held our usual Christmas activities during Christmas eve this year, including the opening of gifts, the big ol meal of awesome and so on... (due to work conflicts with various family members) so Christmas day (or rather the 25th) didn't really feel like Christmas... just a boring day :P Again because of work conflicts we didn't really go out and see anyone or do anything... twas an odd Christmas. Everyone's in decent health tho, so that's one plus.

How about you all? How was your holidays? Even if you don't celebrate Christmas, it's still tight to get some down time, right?

I've seen a number of blogs with people listing all the kewl stuff they got this year and decided I'd share something too. But rather than just flat out list a bunch of crap, I'll just include a few of the very kewl items that meant most to me: 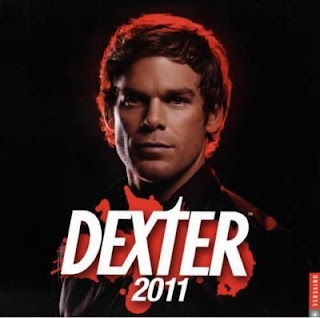 First off, a simple Calendar. A Dexter Calendar at that :) Really kewl to begin with - as I LOVE Dexter - but what really shocked me is that it came from my father. Dad never seems to be the one who pays attention to one's likes and dislikes enough to pick up a kewl present like that and it really made me smile when I pulled it out of the random bag of goodies he presented me that morning. Very kewl indeed. 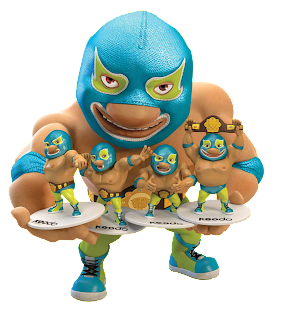 Next - another simple little item that just made me smirk and made my day. It's a small figurine of the mascot used by the phone company I currently have my cell through - Koodo Mobile's little Mucho-libre wrestler dude. The commercials involving this guy always make me chuckle and it's kewl that my bro picked up on that. *I got the one second from the left.

The third item I'm going to list... wasn't actually a surprise (as I stole the $10 movie cash out of it to see the new movie) but over all is still mega kewl. Tron Evolution for the PS3 as the Collector's Edition. Not really much in it for a "Collectors Edition" besides the aforementioned $10 ticket it included just the model Light Cycle... which is kewl... but I think they could of packed more in. The light cycle looks great... tho is a bit more plastic-y than I had hoped. Now I've got to figure out a place to put it :S 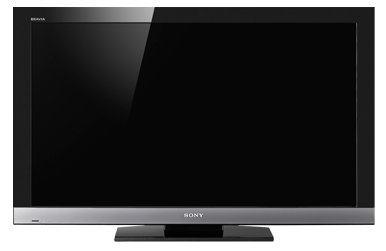 Last thing on my list... came from myself. It's something I've been looking at getting for a while now and thanks to some great pricing for the holidays, I finally just gave in and got it. A Sony Bravia 46" LCD HDTV and it's f'n gorgeous. It's replacing my Samsung 32" HDTV that I've owned for a number of years now and holy crap it makes my games (and blu-rays) shine. Kewl thing is, my sis offered to buy my old one (even before I got my new one) as she knew I was looking to upgrade and she needs a new one for her apartment (she currently only has a 20") and so it'll pay for like half of my new TV. Mega kewl.

Some games, movies, a new winter jacket along with odd little bobbles and nick-nacks fill up the rest of the list. But really... it's the top few things that really made my Christmas this year. Gifts from people who took a few minutes and looked for something they knew I would dig - really beat the hell out of just flashy crap any day.