The Next Legend is Me™

*Just a heads up... it seems Tuesdays seem to be a good day for me and posting blogs... so expect them every week... if I can keep up to such a schedule.

This blog is all about a little game I've gotten into. You may or may-not have heard of it... it involves superheros and... is an MMO (*gasp, right?). I'm of course talking of DC Universe Online. 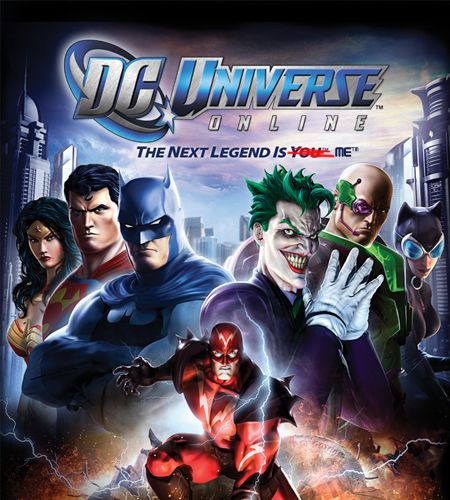 Now... I'll start by stating, that before now... the acronym "MMO" kinda made me turn the other way with just about any title. As I've gone and given some MMOs a try and really didn't like them. Be it their mindless grinding to level up, their quests that mean nothing, controls that require you know a HUD from hell and the 15 thousand shortcut buttons to that HUD, or collecting Sword RX with uber firepower Z3 for my random ass characters... I dunno. Either way... I've blown through trials of World of Warcraft, Guild Wars, Free Realms, Runescape and a number of smaller titles that all made me want to run rusty nails through my skull.

So... when DC Universe Online was announced... I really wasn't that pumped... as I just assumed it would be the exact same thing with super-hero skins placed over the typical knights, mages and dwarfs of every other MMO. But... the more I saw on the game, the more I watched it's trailers... the more I wanted to at least give it a try. So, I hopped on steam and found it for sale on the main page. Plopped down my $50 and proceeded to download the 12gb file. A few nights of leaving my PC on to nab the file I then had to wait for another 8gb update file :S Sigh. Was this a sign of things to come? Were they pulling a WoW on me that required 6 months of updating before I got to play? :P Anyways, eventually, I got my files and had a fully up to date system to jump into the fray.

To my surprise... while the game did resemble that of other MMOs with it's layout... it instantly felt like a different beast. I watched the incredible intro movie and got to creating my character. I really wasn't sure what I wanted... or what was usefull in terms of traits... but eventually ended up with a Heroine whom mentored under Superman with the ability to fly, control fire, attack with hand blasts (rather than weapons) and look awesome while doing so. WingpHor is the random ass name I gave her and I set out to see if I could get into this title. 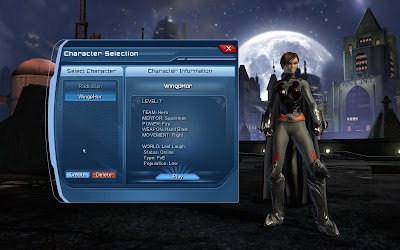 I did some simple beginning quests that involved a race to test my flying abilities, a beat up on some of Gorilla Groods baddies and various little destruction, save people and thwarting the plans of the bad guys missions that lead to me dying twice. Well... it's not so much dying... as you are a superhero... but you get sent back to base to try again. You've really got to pay attention to the health bar and how many enemies show up to hand you your ass, else this will happen a lot.

Anyways, after getting the reigns of the controls, I decided I didn't care for the name WingpHor nor mentoring under SuperMan so I went back to the character creation screen to whip up another superhero. 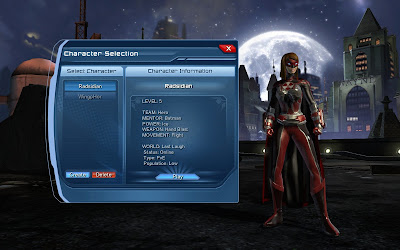 This time I mentored under batman, had ice powers and could still fly (the other two options are incredible speed - like Flash -  or great acrobatics). My Heroine had a similar outfit but different look to her and she was stuck with the name Radsidian. Again I choose to shoot things from my hands rather than a weapon (weapons include guns, staffs, swords, dual wields, fists etc) but now had an idea of how to use it all. Exiting the HQ, I instantly liked being under Batman a lot more than Superman. Instead of Metropolis (under superman) I was thrown into Gotham City and dealing with Batman central enemies - which is much better for me as I'm a huge fan of that universe and much less learned in the universe of other Heroes (such as superman).

I spent my time helping citizens escape the effects of Scarecrow's scare gas and then went hunting for collectibles to beef up my armor - as to better take on the bad guys. I've opted for a mix in controls. As the game, right from the get go, supports controller input methods and it's really well done at that. I use my PC's 360 controller to do all my movement, battling, etc... but find it easier to switch to my mouse for the menus (after pressing start to bring them up) and I still haven't figured out how to Zoom the camera with the controller... so I use the mouse for that too (which isn't often). It's great because the game plays more like an action adventure game that it does an MMO. Collectibles that drop from enemies either go straight to you or you hit a 2 button combo and they get sucked into you. Fighting is more or less 2 main fighting buttons mixed in with a block and 2 modifiers that allow you to open up side menus of 4 separate attacks (per tab) mapped to the facebuttons. For example, X is punch (360 controller) but if you hold LT and then Press B (for me) it's a power up technique that allows my hits more power, while something like Y is my power attack and LT+Y is my fireball/Iceball attack. It's all customizable and you can tell they put some thought into it. 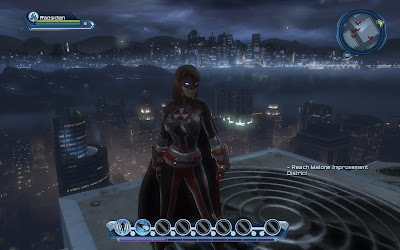 Thus far there's only two issues I've run into. One, Audio seems to drop at times - no doubt a bug they're working on (as updates are just about daily to fix issues people are pointing out) it's a minor annoyance as it's only every for a second or two. I'm iffy with the idea that I've got to drop $15 a month to play, which is just me and my hate for paying monthly for games... but I think it may be worth it. The only other thing I worry about is the level cap, which is set at 30. About 12 hours into my play I've got one character to level 7 and the other to 5... I wonder how long before I max out? I hope the cap is raised... it seems silly to have it so low.

Anywho, my rant on the game is over. Thanks for reading. If you have an interest in superheros and the such I'd suggest you check it out, it's a lot of fun. I leave you with some screenshots of my two characters: 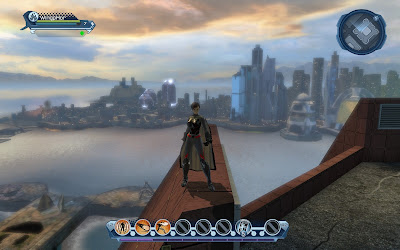 I like to read. A lot of the time I like to watch TV shows and play video games more than read... but I really do enjoy the idea of reading. You know, loosing yourself in another world woven by a good author. Taken to a new place, rich with characters and stories... that kind of thing. It's really the same reason I dig movies, games and TV shows so much... it's that escapism from real life into something else that's so fresh and exciting.

That said, my sis and I took a trip up to the city today (Halifax to be specific) to do some shopping with the hope that some stores there would be of greater variety than those we have locally. That didn't turn out extraordinarily true... as we seem to have about 90% of the stores located there available to us locally. Two exceptions were HMV - a decent music (and movie) store... something I miss greatly (we use to have a "CD Plus" which is very similar to HMV, but it's since moved out, *tear).  The other is a proper book store, "Chapters" with a massive amount of space and selection that would make anyone drool - it makes our local "Coles" look like a book cart like you see in prison movies, in comparison. ;)

Anyways, I went to the check out with a stack full of books so tall I had a hard time holding them :P

First off, I was looking for some more William Gibson material. After reading "Neuromancer" I totally fell in love with the style and settings her puts his characters in (read - furturistic cyberpunkish ones). I manged to find these: 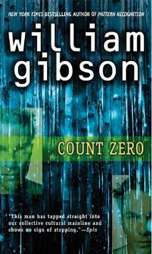 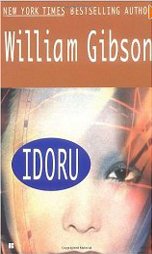 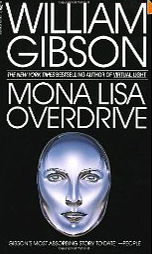 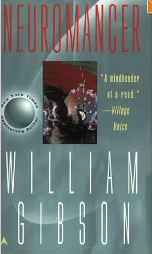 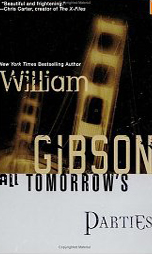 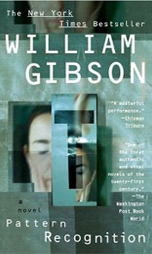 Actually, I already had "All Tomorow's Parties" but this is a slightly different version. I got my own copy of Neuromancer - as the one I read was downloaded. The four new novels are Count Zero, Mona Lisa Overdrive, Idoru and Pattern Recognition.

I also went searching for some more Philip K.Dick novels and found some but they were hardcover and rather expensive... so I decided that the other books will fill the void for now until I finish with them. The one I did end up getting is a collection of short stories by PKD titled "Second Variety" 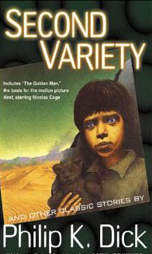 Again, PKD is a science-fiction writer and one who's style I really like. A lot of his books have been transitioning into movies (titles like BladeRunner, Minority Report and A Scanner Darkly) over the years and while some good and some bad, they all point back to the tremendously awesome books.

The Next two books really took me by surprise and I really took an interest in them once I looked them over. Both are based on the DragonAge universe that Bioware has set up with it's game series and I'm eager to tear into them. One's Titled "The Stolen Throne" and the other is "The Calling". 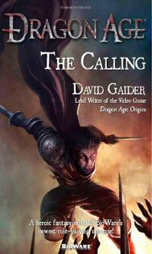 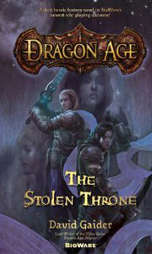 I also picked up a small manga book (couldn't find a pic) that goes through the entire story of the N64 title "Zelda: Majora's Mask" which I thought was unique and very kewl. They also had copies of books that went through "A link to the Past" (SNES) and the first N64 title "Ocarnia of Time" but for now I just got the one book to see how I like it.

Suffice to say, I should be fine for reading material for some time. Currently I'm re-reading "If Chins could Kill, Confessions of a B Movie Actor" and autobiography by Bruce Campbell, which is an extremely interesting book that goes from his childhood, up through the Evil Dead movies and on till it was published (forget exactly where it ends, but I nearing the end now, so I'll know soon :P). I highly recommend it if you dig the actor. 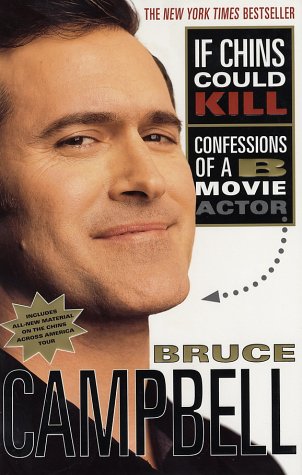 I seem to put so much effort into blogs at times... and it's one reason I don't do a lot of blogging... as it takes a lot of work... and a lot of time. Soz instead, here's a point form blog with some thoughts, news, ideas etc:

Lol... that's WAY more than I expected when I started in on this thing. Hope there's something that peaked your interest.