I've had this idea in my list of blogs I'd like to do for a while... and just left it mostly as a list of games I wanted to talk about... without much content to accompany them. I've decided that I'll do this as a series rather than just one blog and split them up into categories. Today's category is XBox Live Indies titles.

The idea I speak of is a sort of treasure trove of games that are either forgotten, perhaps unknown to a lot of gamers or independent projects that don't seem to get the publicity they should through normal channels.

In a non-ordered list, the XBL indies I think you should know about: 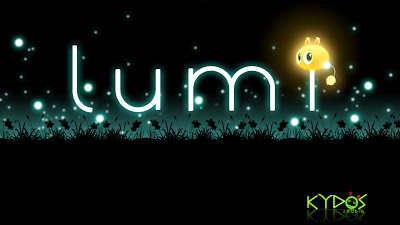 Developed by Kydos Studios, the game is a puzzle-platformer which stars a bright yellow little blob who goes around collecting fireflies to help restore light to his/her world. The entire game mechanics revolve around your little creature jumping (he/she can't jump very high) and attracting themselves to rotating circles of light either blue or red in color. You use the left and right trigger to align your attraction to either Red or Blue to attach yourself to these wheels to propel yourself forward. This scenario changes things up with a law that dictates each color repels the other and color wheels that change in effectiveness. 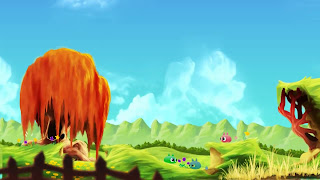 I found the game under a random search for decent indie titles on XBLA and instantly fell in love with it's superb hand painted-esc visuals and charming music. It reminded me a lot of the feeling I got when I first got my hands on LocoRoco. It plays simply, looks beautiful and sounds charming... which is kind of surprising for an indie title. It feels more like a professionally developed arcade title rather than indie title - which more often than not turn out to look like messy first attempts at game design. 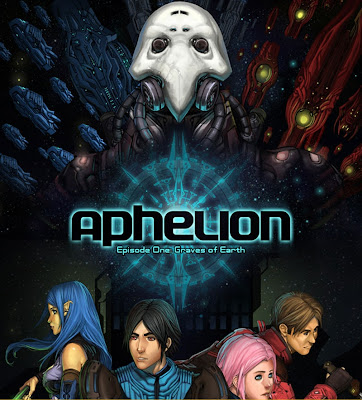 Developed by Lunatic Studios, Aphelion is done in the style of a Japanese RPG, complete with anime looking characters, over dramatic dialogue and turn based combat. The story (thus far) seems pretty standard fare as you follow lead character on his quest, running into friend along the way. 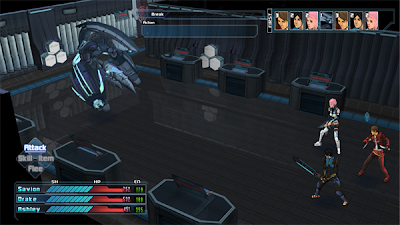 What really sets this title apart from most other indie titles on XBLA is the polish of it's graphical presentation. It, like Lumi looks quite professionally done and is a delight to look at. The music does it's job and the team has created a very believable atmosphere for the characters. The battles are simple but well executed, items and such are easy to use, understand and if odd are explained. The only quirk is some of the writing.... which could use some work... but other than that, it's a nice handful of hours of JRPG goodness wrapped up in project not unlike Phantasy Star or Star Ocean of years past. (Note each title is 240msp (about $3) and thus you'll pay $6 in the end). 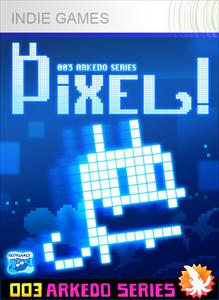 The last of our buried treasure series for today is the third game from the Arkedo studio whom have been doing superb games since their first title, Jump. The titles are simple but well polished and a great deal of fun. This title in particular is a platformer done in a smooth style pixel art with a white and blue color pallet. You control a cat creature whom must make their way to... the end of the level? Not sure exactly what the end goal is... but it's going very tight controls and plays nearly like a mario title. It's very well done and a lot of fun. 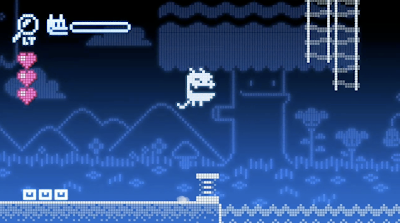