^_^ The buried treasure segment is back! This time around, I was looking at some PC games that are much more independant projects rather than full scale retail behemoths of the past. These titles are generally made by just one person or a very tiny team and usually depend on their own websites as the main place for promoting the title. I would like to share with you some of the ones I've found over the years and enjoyed. 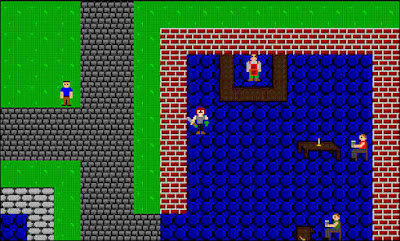 The first Dark Ages game (subtitled "The Continents") really impressed the hell out of me when I first played it (many years ago) and going back to it today still leaves a grin on my face. It's a rather 'by the numbers' take on an RPG of old in which you quest to avenge your slain family and take down the powerful wizard responsible for their deaths. You set out to collect medallions in order to take down this wizard, whom is going across the world, conquering everything in his path.

Complete with it's own map of a land inspired by the likes of Lord of the Rings, Dark Ages has quite a bit of game space to travel in it's over world and the dungeons in which your traverse. The battles are turn based, as most traditional RPGS go and you collect your main stay of potions and weapons to outfit your hero with. It is a DOS made game and thus you'll either need a really old PC that does DOS naturally or pick up the superb emulator "DosBox" (which you can download from their site) for more current operating systems.

The visuals are charming (and way oldskool), the music on the same level and the whole experience something you'll probably enjoy if you dig older RPGs.

Michael Hoopman - the guy behind Dark Ages, went and gathered a few into a team to help him create it's sequel, aptly named Dark Ages 2: Engel (A german word for angel).

The new title, is a bit more updated and sports visuals that are a step up from the DOS original. You can use your mouse for this adventure (the first title is keyboard only) and it follows three characters as they begin in the thieves guild. Set 500 years after the events in the first game, magic is said to of destroyed any kind of governing system and now each town and area is on it's own (in regards to rules), with factions acting to protect the people.

The same charm is back from the first game and while I dug the art of the first game more (nostalgic?) the new game does well presenting itself. This title runs in XP and below and (unconfirmed) should run in newer operating systems as well. 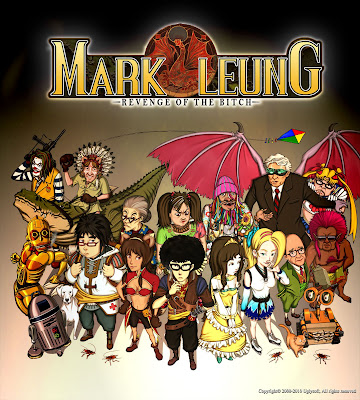 I'm not even sure how I heard about this game... but the idea floored me. It's a fairly modern game - which actually looks like it could be a download title on XBLA or PSN. It's an RPG in which you play a character whom dumps his girlfriend. Sounds simple enough.... but the game get's wicked crazy from that point on.

Cutscenes are live action pieces done by a cast of hilarious actors - in a world that actually resembles that in the actual game. Gameplay takes place in a cel-shaded world in real and turn based time. You start off fighting rabbits, squirls and other little creatures... whom spray blood when attacked. *shrugs.

The entire story is about making fun of the industry and the idea that all RPGs take themselves WAY too seriously. It's actually really hard to describe it properly... so here's an except from their site:


Journey into the world of Untitled with Mark Leung -- a selfish Communist and hapless Ginseng collector. He finds himself caught in a petty rivalry between two wacko religions -- and haunted by his ex-girlfriend to boot. Help Mark as he battles cute, blood-spewing cats, unremorseful loltrolls and the gun-toting McFunny.

The game looks gorgeous, plays beautifully and makes you laugh the whole way through. The free demo alone is enough to check out and if you decide it's for you, it's just $13 to purchase. Here's a trailer: 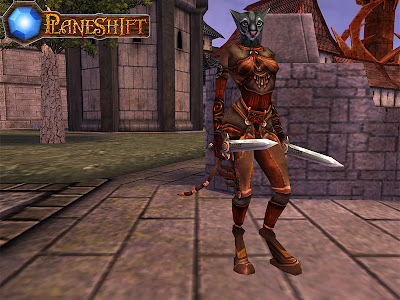 This genre (of free MMOs) seems to be a growing trend in the industry as of late... however, this MMO is completely free. You won't find the good items as ones you need to buy with real world money or better servers and quests if you subscribe to their service, nope, this sucker is completely free.

The entire game runs from servers and donations made by fans and generous interested parties. You simply download the client application, install and you're ready to go with registering. The game is also cross-platform, so you can play on Mac, Windows or Linux.

It's graphical style is akin to WoW and you pretty know what you're in for when we say MMO. Hours of questing with friends and strangers a like in a world populated by creatures that need a slaying and baddies whom try to get in your way. It's not revolutionary.. but it's well done and a good bout of fun for anyone who likes the genre. 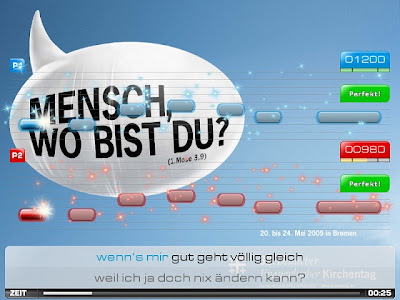 Do you like to sing? Most people do... regardless of their talent, we all like to sing along to our favorite songs. Based on the idea of a game based solely on sings - in SingStar (a Playstation title), this game aims to provide gamers a place to sing all their favorite music without limitation.

The title allows you to import your own music to sing to - which the game creates a pitch map for, for scoring purposes. You can also play any video file in the background to that song. It's pretty basic in how it works, but it looks elegant doing so, adopting a style straight from the Singstar series.

With support for multiple singers and downloadable for Mac, Windows and Linux... it's really the ultimate karaoke machine for free :P 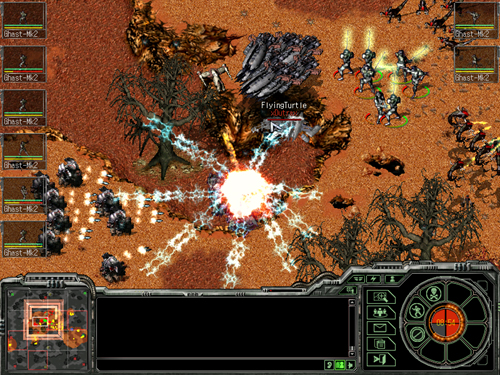 Think - Starcraft (the first one) set in a persistent online world with a lot more people playing at once. The game boasts matches that top at 50 players controlling about 500 units in one mammoth battle. With as many as 100,000 simultaneous combatants in a single universe competing for domination. The game also boasts great tactics as you command small groups as generals to help the battles play out and even develop hero characters which take a bit from the RPG realm and level up as you win more battles; allowing you to raise through the ranks and take your beefed up heroes into fame.

I found, you really need to enjoy the genre to get the most out of this title. It's not going to sway those not into the idea of oldskool RTS games (read resource management - no tower defense here). If you like that, however, or are willing to give it a chance, it's quite a bit of fun. The graphical style screams starcraft (the original) and the controls feel very fluid and easy to navigate.
at 5/06/2011 01:41:00 pm
Labels: Feature, Games
Newer Post Older Post Home