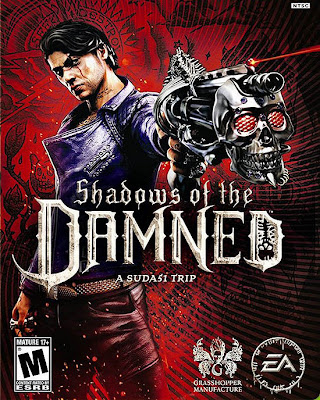 What did you think you were in for with a blog title like that? Rest assured, I'm not trying to sell you male enhancement supplements... rather, it's the name of the latest trailer for a game I'm kinda pumped for.

View it here: (link for those reading the blog somewhere other than my site)

So, yeah. Swing that Johnston! :P

The game at least got an eyebrow raise from me back when it was first introduced - simply because of the names behind the project. We've got Goichi Suda aka 'Suda 51' (Killer 7, No More Heroes) and Shinji Mikami (Resident Evil, Vanquish) sitting in the head seats for directing the project. Akira Yamaoka (composer for Silent Hill) is heading up the game's soundtrack (which is free with pre-order btw) with the lovely Mary Elizabeth McGlynn (voice actress for GitS's Mokoto and vocalist whom has worked with Yamaoka on most of the silent hill games). Quite the dream team if I've ever seen one :D

Cut to the trailers released thus far (the latest above) and one can tell it's going to be a title which is full of comedy. Something we don't get too often these days as titles that make fun of themselves and are meant for the player enjoyment are rare it seems... as most titles want you to be 100% serious about the subject matter. Not Shadows of the Damned.

The story is a simple one. You play Garcia Hotspur, a demon hunter who must make his way through Hell to save the love of his life. Aside from that, we know it's a third person shooter, with a crazy looking skull that turns into all of your needed weapons and helps you against these minions of hell. If the title had popped up from any other studio, from any other collaboration... I probably wouldn't be as excited.... but this combination they've come up with screams that it should be a worth while title :)