Hells Yeah! MHP3 (and other PSP titles) coming to PS3 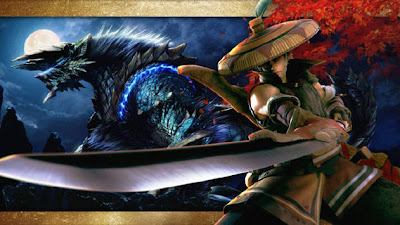 I woke this morning to a couple bits of awesome news. The first, my copy of The Witcher 2 had finished downloading on steam (yeah!!!) and I see, through my sea of RSS feeds staring me in the face of my homepage, that Monster Hunter Portable 3rd is getting an HD port over to the PS3.

Sony, apparently happy with the result of porting PS2 games over to the PS3 with HD visuals and all the fancy trimmings a PS3 game would sport, is going to start in with the same thing for select PSP titles. The exact statement:


“PSP Remaster” titles will deliver rich and immersive gaming experience on the PS3 system through stunning high-definition graphics as well as through additional new features for these titles, such as operability on the PS3 Wireless Controller (SIXAXIS and DUALSHOCK 3), new add-on content or stereoscopic 3D support. Users will also be able to utilize the same save data from the original PSP game for the “PSP Remaster” version and enjoy the game on the go with the PSP system and continue the game at home on a large TV screen using PS3. Ad-hoc mode gameplay will also be supported through “adhoc party for PlayStation Portable” application on the PS3 system.


So, while this new Monster Hunter isn't built ground up for the PS3... it's much closer than I thought we were going to get for the foreseeable future. With Sony touting their new NGP to feature a hardware structure similar enough to the PS3, enough at least - to be able to port titles easily between the two, in theory being able to take your home games on the go, it's not hard to see why they wanted to test the waters with this kind of move.

With adhoc (a downloadable tool on PS3 which allows you to use the system as an internet hub for the PSP already) serving you to the online action and the comfort of 2 analogue sticks (on a PS3 controller) and some revamped visuals - Quite honestly, I love the idea. There are a number of amazing PSP games that would look superb on the big screen with an HD glaze over. I would hope a "collection" series would be in the works to see games like MGS Portable Ops and MGS Peace Walker bundled together. Maybe even the two God of War titles?

Here's a clip of the game working on both PSP and PS3.