Quarter of a Century... eek

Hey team, just a short blog today. I do have a few blogs done up, ready to be posted on a few subjects, but decided a light-hearted blog will do for today :P

So, blogger was down for about a day, EEK! lol, It felt weird having blogger down and not being able to A) Make random blogs or B) Post content on pinksquadron (we use blogger as our platform). Some posts were even messed up by the outage, as blogger reports they had to revert some data to a backup on Wednesday, which did funky things to posts that were posted after that point. Had to re-post some things and change some things that were effected by these errors. But all is well now :)

Oh, btw, if you wanted to get me cake, either of these will do: 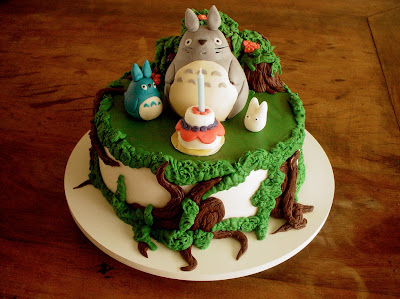 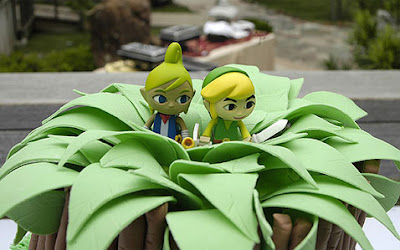 It's amazing what some people can do with cakes, huh?

The absolute best thing about this day though... isn't my birthday... but the fact that it marks the first of 9 days I've got off from work :) Free time seems to be in short supply as of late and getting away from work to just chill is a welcomed break.

Holy fuck I love Bioshock :) I had originally played the game on my PC when it came out (as I didn't have a 360 at that time and the PS3 didn't get it until later) and I fell in love with the atmosphere and idea. I got the PS3 version as a Christmas gift... not this year, but I believe the year before and never popped it into my machine until now. Some updates and 5gb game install later and I'm back in rapture :D

Taking a look at the trophies... I decided I'd try for the one where you must defeat the game on Survivor Difficulty - without using Vita Chambers. Survivor difficulty is the 4th difficulty, a level beyond hard... and it lives up to it's name. I find it takes A LOT to kill even the basic splicers and ammo is scarce like you wouldn't believe. I had a robo-drone helping me out for a bit and before he blew up, he was quite handy. I notice the game goes much slower as I'm trying to stay alive (as opposed to just plowing through on easy). I've noticed that when I do get some ammo, the weapons beyond the pistol are hellish handy. Shotgun burst and shots from the Tommy gun are extremely effective at stopping splicers in their tracks. Hope I'm able to stick with it and complete the game on the difficulty I set out for.

I had left this title alone after starting it sometime back in 2009 (that was when my last save was dated) and I guess... I haven't played it for an entire year (prob got buried under other titles) but I've come back to it and I'm REALLY enjoying it. Busting stuff really doesn't get old.... at all. lol, I've spent hours smashing the hell out of buildings.

I've done a large chunk of the main story missions and even tackled some side missions as well. It feels great as you can go at it, at your own pace and how you choose to do so. Generally, finding a mech and destoying everything in your path is the best way to go :P Sadly, mechs are scarce! I just unlocked the Jet pack for my dude and it's come in handy on a number of occasions. I was so impressed with the title, I went ahead and pre-ordered the new title coming out in June (Red Faction: Armageddon).

Another title I've put of playing for some time, Brutal Legend. I'm iffy with the title. I love the comedy, the art is fan-fucking-tastic, the music makes me giddy and over all it feels very well done. That said, I have no clue what's going on in the story and the strategy bits usually just have me pressing buttons in confusion - having no idea what I'm doing. Too bad the game wasn't more adventure and less strategy... I would of preferred that.


Damn, monster hunter is kewl. I've played one title before this on my PSP and really liked it so I instantly wanted to play the Wii version. I use the classic pro controller (looks kinda like a PS2 controller) for it instead of the actual Wii motion controls (which Im not a fan of) and it actually works rather well. Oddly enough though... the game looks bad... lol. I shouldn't expect too much out of a Wii game... but I swear the MH I have on my PSP looks sharper than this does :P I've just been playing the single player thus far, haven't tried it online.

Another title I was really excited for on the Wii is Goldeneye. I picked this up the same time as Monster Hunter and I don't have a strong opinion on it just yet. I've played 3 or 4 levels on the single player mode and I like that some things feel like the old 007 title... but a lot of it has been reworked and thus - it feels a lot less like 007 than I wanted. During the level where you start off in the vents above a bathroom, a grin grew on my face. Once I jumped down and found myself in some strange bathroom not resembling the one I remember, my heart sunk. I did give the multiplayer a bit of a go and got to kill some random peeps online.