Time to finish up some titles!

So... I've reached a point where... again I've stockpiled some games and have decided that I'm not buying anymore (Deus Ex: Human Revolution at the end of August doesn't count :P) until I start finishing some titles I have. I managed to just skim over a shelf of cheap games today and not buy any! Woo! (I did end up picking up a few DVDs though :P)

That's a good step... as I find it hard to pass up cheap games that I've considered buying at some point. Be they online from steam, gog, PSN or XBL or in a bargain bin at a local retailer for $10-$20 - I generally find it hard to pass up a game I think will be even half decent. Then there's those titles I've been anticipating for their entire creation cycle - those are usually pre-ordered - or games I receive as a gift for birthdays, Christmas or some other random occasion. The point is... they add up and I end up having big stacks of games, some half finished, some not even put into the system it was intended for (or in the case of digital downloads - not even downloaded).

I'm not going to bother listing them all... as that would take effort, but suffice to say, it's a rather large list. Here's what I'm chipping away at right now and I'll be sure to keep a tally of what I finish as to keep an incentive to continue the trend. L.A.Noire - Have only a few hours into this one, but really want to get back into it. It's really a mood thing... as I feel like I need to pay attention in the game... something I can't do when I just feel like shooting something or running something over in a quick 20 min session of adrenalin pumped fun. 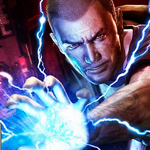 infamous 2 - Just got it... when ever it came out. I couldn't even break open the package (got the Hero edition) for a few days because I was busy with life stuff... but I managed to start in on it and do a few missions. It's very similar to the first one I find... and those baddies still catch me off guard with how effective their bullets are when fired at me :P 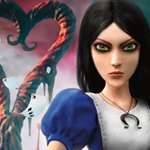 Alice: Madness Returns - Ahh Alice :D I loved the first game from years ago (which comes as a free download with this new game - AWESOME!) and from what I've played of this new one I really enjoyed. Same voice actors, as far as I can tell, some great visuals and twisted sense of style too. Hope the narrative holds up :) 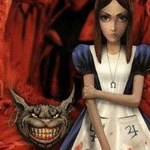 American McGee's Alice - The game that came before Madness Returns - I downloaded it the moment I had it's sequel in my PS3. I may just pick away at this one... as I've beaten it a number of times on the PC over the years. 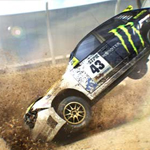 DiRT3 - Yeah... I'm kinda having my ass handed to me in DiRT3. I've always liked the series for it's mix of arcade and simulation racing (hybrid?) but... I just can't seem to drift very well in any vehicle in DiRT3 and even end up spinning out on normal races.... what gives? I've tried messing with the various settings.... but it feels like either the game is driving for me or I end up spinning... not kewl. It's a shame really because I kicked butt in the first two games, flying down narrow paths, navigating my cars around corners with ease. Gonna keep trying. 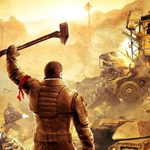 Red Faction: Guerrilla - I planned on beating this before I got Red Faction: Armageddon... that didn't happen, lol. I did do a huge part of the campaign in that time leading up to the new game though. It prob wouldn't take too much to finish it. 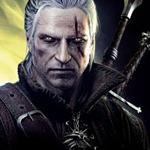 The Witcher 2 - I had this title pre-ordered for quite some time and started downloading it the instant it was available for download. 17gb took a little while to acquire... as our connection is far from blazing fast... and I got to play it... once I think... yep once. Didn't even finish the intro. Life got in the way and when I got back to it... a new 9gb update to download... sigh. It's at like 42% ... 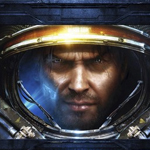 StarCraft 2 - Back when I had PC issues (hard drive issues) my copy of StarCraft 2 wouldn't work. Uninstalls, reinstalls etc... didn't work... and I was left without the game. Once I got my hard drive diagnosed and replaced, I had forgotten about the game and it was a few months later before I remembered. Popped it in, installed, updated and was ready to go. Got a few missions done on the single player but haven't had a chance to delve into it as much as I'd like. Soon I hope, soon. 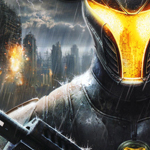 Timeshift - So this game is from 2007 eh? It's impressive - visually, for a 2007 game... I'm surprised I only paid $8 for it :P It's a pretty standard run and gun shooter except for the whole slow down, reverse and stop time mechanic - which can be fun. I can only stomach small bouts of the game as it gets old quick... but I still want to finish it. 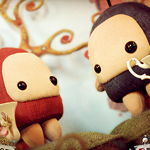 IloMilo - Addictive little XBL puzzle game that makes my brain bleed. lol. The game was pie - easy at the first and generally didn't offer too much trouble... but I've reached a point where I'll sit and stare at puzzles for what feels like forever, wondering how to solve them. It's SOOO satisfying when you do though, gahh, like nose candy ;)
at 6/21/2011 01:29:00 pm
Labels: Games
Newer Post Older Post Home