The 3DS just went from $249 to $169 in a single day. The week before that, titles were being cancelled, others delayed and concerns about the system's sales brought into question. I was a bit surprised but, hey!, honestly at $169 the system seems like much closer a possibility to me than it was at $250. That said, I'll prob still not buy one (at least right now :P). I'm still waiting for the Vita to come along :)

With that out of the way. 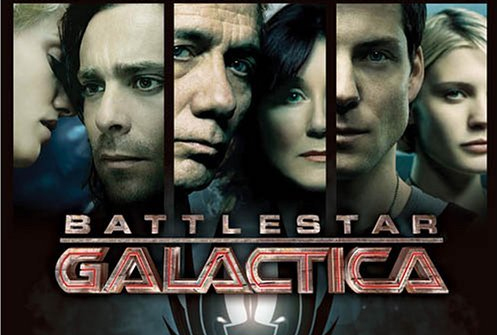 I'm so into this series right now, it's scary. I just finished season 3 (one season left to go) and I literally started laughing during the end of the last episode I just watched because it had me excited for what was next. The series is fracking brilliant. The length in which they delve into each and every character on the show is like nothing I've seen before. Each character seems so fleshed out and real, it's really something that most shows never even get any where near. Right now, I'm watching downloaded versions of the show, but I'm strongly considering the blu-ray boxset as a Christmas gift for this year :) 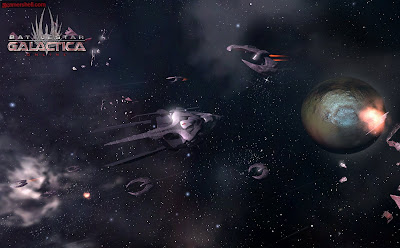 I've also stumbled on a browser based online (they mention MMO around certain circles.... but I wouldn't call it MMO from what I've seen) game for the series, titled simply "BattleStar Galactica Online". Anyone with an interest for the series should check it out, as you get to pilot ships (starting off with the Viper Mark II as human, a light Raider as Cylon) and build up your rank as part of the fleet, interacting with the cast and crew and feeling like you're part of the whole scheme of things. It's quite awesome for a completely free title (they do have a way for you to pay real world money for cubits - it's currency-  but thus far I'm doing fine without that :P) and actually looks quite a bit more like an actual game, than you'd think it'd look for a Java based game run in a browser. 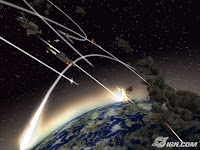 Are there are other BSG fans here? I know Roy digs the hell out of it, anyone else? If not, I suggest you give it a try. It's a bit of a slow burn at first, but after a handful of episodes you begin to get hooked into the characters and then it becomes wonderful :)
at 7/30/2011 12:07:00 pm
Labels: Games, Misc, TV
Newer Post Older Post Home