Hey dudes and dudettes, how's things? I did plan on dropping quite a hefty blog on you today which has taken some time to write, edit for errors and search for pictures... but still I'm not done... and it's mostly because today is my day off... and I instead spent the day doing rather leisure things.

My brother and I ripped into town to do some random shopping. I initially wanted to get some compressed air (you know those keyboard duster things)... but I couldn't find any... so we just hopped around a few stores without much mind of any one thing we wanted to nab, just window shopping if you will. We ended up at FutureShop - a tech shop of sorts along the lines of BestBuy (actually, I think the same company owns them both...) anyways... I try to avoid the place because of their just plain weird and pushy sales people... it's never a fun experience.

For example - today I had an employee tell me that she was hugely into beta testing games and that she beta tested most of the games available in the store. *Rolls eyes. I just nodded and went about my business, later commenting to my brother what a crock of shit that was. We just went around picking through shelves of games and movies and such and the same employee showed up and spent 10 minutes trying to sell my brother a specialized World of Warcraft keyboard thing which made quick the act of hitting hotkeys for the game... I laughed as I walked away, letting him deal with her. I over heard him say a number of times that he really wasn't THAT into Wow... that he only played it a bit and didn't really need such a device... but she kept on it, again *Rolls eyes :P

Once we got rid of the pushy sales folk we go back to poking around and making fun of stuff (annoying employees included). I broke my streak of not buying games at this particular store :S Hell, I went a few months, so I'm proud :P Each title was only $15... so at least I didn't buy a "new" game eh? ;) Right? lol, I'm just trying to convince myself :P

Anyways, I picked up Resonance of Fate, Valkyria Chronicles, Test Drive Unlimited 2 and Hot Shots Golf: Out of Bounds -  all for PS3.

Then I rounded the Blu-Ray section, my eyes darted around a bit and then I found the 'TV seasons' boxsets section and started looking for something in particular.. and spotted it both as a DVD boxset and a Blu-Ray boxset... and having watched most of the series in a DVD quality format.. I decided the extra cash for the Blu-Ray version was worth it: 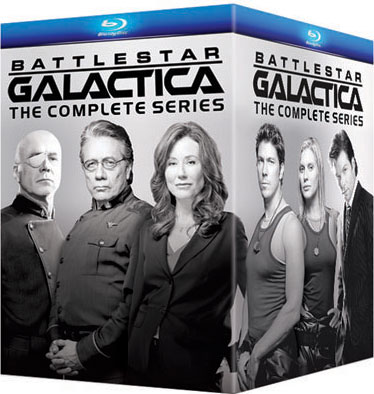 :D Battlestar Galactica :D Rather pleased that it includes pretty much everything too. It's got seasons 1-4 and the 4.5 set they released as well as "Razer" and "The Plan" - two movie esc pieces they did along side the series and all of the web-episodes they did for promotion are packed in too. Can't wait to see it in crisp clear quality.

I snagged a copy of DC Universe Online at EBgames for $35 (PC) namely for the awesome batman statue that came with it. But now I have a copy of DCUO that I'm not going to use because... I already own the game (but wasn't giving up the kewl swag in the CE for $35). Soz... anyone want to purchase a PC copy of DCUO? lol. 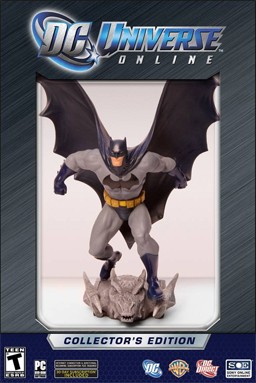 I also put my order in for some pre-orders that'll be coming in the next 6 months, those being Batman: Arkham City (PS3), Uncharted 3 (PS3) and Mass Effect 3 (360) all for the collector editions, which I'm totally pumped for. I did it through EBGames.ca which means I need not pay a cent on them until ship day, which is extra nice considering one comes in October, one in November and the last in March 2012, so it shouldn't dent the wallet all at once. I'm waiting to order up on ESV Skyrim as they haven't announced a collectors edition yet and I want to see if they do. 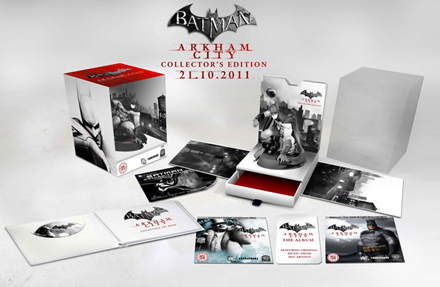 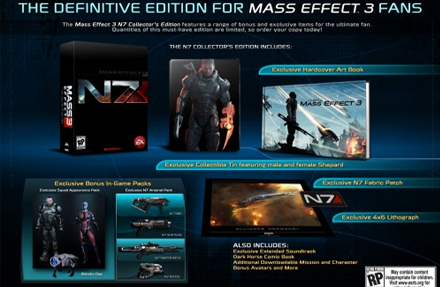 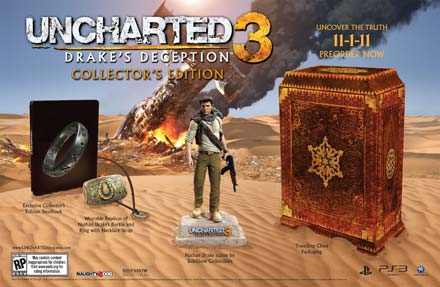 Like I mentioned above, I'm working on a sort of hefty blog, it'll look at something in the industry that affects quite a few gamers and I'm sure at least some of your will agree with my view on it. If all things go as planned it'll be up in less than a week.