This a bit of an odd blog... but bear with me. Ever have those days where you wish you could turn the world off and just... go away? Today is a day like that for me. In general I'm quite the content individual, enjoying my day in various degrees, having ups and downs, but for the most part seem to have a very chill personality. That's not always the case and occasionally I seem to dip so far into "crap mode" that I literally feel no joy in anything, no cause to stand for, no person whom matters to me. I turn completely off and become sludge. This kind of thing never seems to last too long, generally a day - or a few - and then I level back out and get on with life... but holy shit does it suck when it hits.

My entire day was spent, completely speechless, I didn't utter a thing to a single soul, heading to work I had to play the part enough to not appear as a huge asshole, but I was still more or less dead inside, hating the entire shift. A few times, I felt like just walking out and going somewhere off, by myself... but... consciously I knew the consequences of doing such and honestly, it's not something I can afford at the moment... least I can think that much when in such a state, hmm? All that said, this kind of thing isn't fun at all.

So yeah. Yay for bullshit, eh? I do feel better than I have most of the day. I've got some soothing music playing right now (weird 90's shit that I rarely listen to seems to calm more than my usual music) and no doubt after some sleep, tomorrow should be better. *Fingers crossed anyways :P

Okay, enough bitching and whining from me.

GTA IV is a lot of fun :P I snagged a copy from steam recently to try out the ICEnhancer Mod that's blown up recently... but the mod kills my FPS... so I'll just leave it till sometime I upgrade my hardware. Been playing a lot of the actual game since then though :) It's been quite a while since I've played it and it feels really nice. 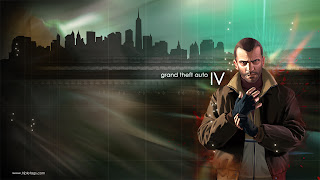 Not really playing much else besides that.

I have decided to start drawing again. I'm not that great, but I still like doing it. I got a comment on a little sketch I did and posted on deviantart which really sparked my urge to start in on it again, so I'll try to make some time for it. Kind of looking forward to seeing what I can whip up :)

Got to see Rise of the Planet of the Apes... it was decent. Felt too short IMO, but did a good job with the characters, especially the main chimp, Ceasar. Would like to see them do more in that vein... cuz I HATED the Tim Burton film 'Planet of the Apes'.

Gamespot just gave Xenoblade a 9.0 ... sigh... I wish Nintendo would hurry up and just bring the game to North America... it's seriously one of the few games I actually want to play on my Wii... and they're being fucktards about it. 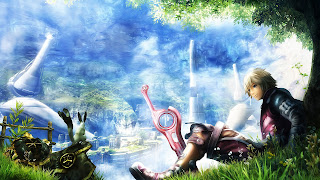 Dues Ex: Human Revolution is coming very soon though :) That'll make me happy. It's been getting superb reviews thus far too, so that makes it that much better. 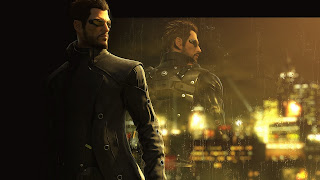