Hey team, how are things? Hopefully things are well :) Did you know this fall season is packed with games? I started a blog post detailing some of the titles I'm looking forward to... and it's actually a larger list than I realized. So, I'll leave that for now and just jump into what I've been playing. 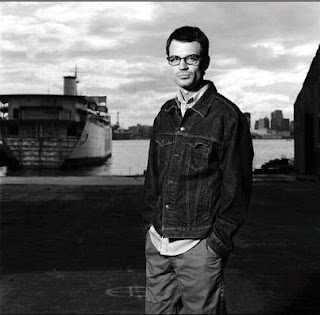 Before I hit that though, are there any Matt Good (of Mathew Good band fame) fans in here? I just recently learned of said artist coming my way (well, a City ~ 2 hrs from me) this October and I've decided to head up and see him perform live (bought the tickets already) :) Been chatting with some friends and family and now plan on traveling up with a cousin, his girlfriend and friend of mine to see the show, hope it's a good time :) *Link to his wiki page here.

Now to the main purpose of this blog:

(PS3) I picked up Resistance 3 just yesterday as I was doing some grocery shopping (I love that I can do both in the same store :P) as I've had my eye on it and more or less enjoyed the last two. I've spent a few hours with it's campaign mode and I'm impressed.

I'll back track for a second and let it be known that I enjoyed the uniqueness of Resistance: Fall of Man - including story, setting and way they laid our the narritive; I felt also that a lot of that was lost with Resistance 2 in favor of upping the pace and seeing how big the bosses could get... but I still enjoyed it for what it was. Resistance: Retribution on the PSP made me hate my PSP. Technically it looked nice and I enjoyed some of the narrative... but the controls were bad and the gameplay more boring than banging my head against the wall for 6 weeks straight.

Jump forward to Insomniac's newest iteration in the series and I'm shocked. The team really has dug in and really taken the time to amp up the feel of the fights, pour emotion into it's characters and present a world that feels more meaty than R2 ever did and even tops that of R1. The combat is, at times, so intense I find myself gripping my controller too firmly - or my eyes become strained from not having moved for 15 straight minutes as I try to take on a hoard of Chimera. The visuals look better, the music more in-tune with what's happening on screen; the Chimera seem more willing to poke around and hunt you down (instead of just hiding behind cover and popping off shots) and the controls themselves feel just right.

I'm not saying it's perfect... it's still got that same Resistance feel... it's just better. If you hated the series before... it might not win you over now... but I stand impressed at what some extra time with the game has done for it with moving it forward. Bravo Insomniac, Bravo.

That said, I'm no where's near done. Just a few hours into the campaign and I haven't even touched multiplayer. I'm interested to see if the strong starting will continue and lead to a satisfying ending.

(PS3) Now - a game I've had longer than R3... but have prob played less. I dun even know why I keep putting off... but I do. First it started out that I had zero time at home to get down to it (work and social stuff) but when I did get the time I ended up just watching something on netflix :S I did manage to sit down to it for a few hours and I rather like what I've played... but I'm still looking around for air vents so I can try and be sneaky... (there seems to be very few)... so I end up walking around and accidentally run into people then have to kick their butts loudly which means the whole stealth thing is thrown out the window. *Shrugs, I dunno, lol... maybe I suck at stealth?

Question! Why do I use some kind of energy point system to 'stealth take down' guys but I can run around and spray tons of bullets at fools like crazy without any kind of over-head system (besides avoiding getting shot myself)?? Doesn't that almost force people into taking the easy route and just gunning everything and everyone down? Geez. I know I can upgrade that system, but I shouldn't have to! I should be able to take my heavily mechanized body and snap necks like it was child's play.

Anyways, the game looks superb and I rather like the level design and character work... I just need to be focused when playing it to get into it more. I picked up the Aumented edition of the game... which I'm sad to see doesn't come with a standard game case (something I like, over large custom ones). It's kinda hard to shelve with my other games without it sticking out. It joins my CEs of MGS4 and Castlevania LoS as giant boxes that don't fit :P

(PC) Ahh, GTA... I thought I was bored of you. With all the talk about the ICEnhancer mod that has been circulating this summer, I decided to give it a try myself (as it's free if you own GTA on the PC) and I did give it a go for a good hour or so... but it destroyed my Frame-rate in certain areas of the game... so I just uninstalled it and decided to try playing some GTA IV on it's own. Holy crap GTA4 is a fun game :P I originally played a lot when it came out (how many years now?) on my PS3, but hadn't finished it (was just a few missions from completion) and never really touched it again until this most recent time. I'm going through the story (and messing around a lot) just got burned out of my first apt a little whiles back and am busy meeting some key people in the story line, it's a blast.

Ha, during the game I took my cousin Roman out for a night of drinking (and driving). It started off with me landing of my face more than once, and eventually lead to us getting into our car while Niko commented "I'm too drunk to drive, I should call a cab" - to hell with that, This is a video game Son!! We were all over the road, hitting things and people (they did a very good job making you loose complete control of the car when driving intoxicated) and eventually the police caught on to us and chased us down a few streets. Eventually we were cornered as our car got wedged between a tree and a building, but not before the car decides to go one fire (why do the cars go on fire so easily in the game?). I stumble out, fall on my face again and the cops take aim behind their cover, asking us to surrender. To my horror, Roman makes his way out of the car, yelling, as he is set ablaze while stumbling around drunk. Our scene ends with our car exploding and my body being hurled towards the cops as the screen fades to black.

(PC) To a lesser extent, I've also been playing Borderlands. I've owned Borderlands for quite some time and even had it downloaded in my steam client... but never spent too much time with it. Some time this summer, I started a new character and decided I'd give it a more thorough playtest. Borderlands is fun :D The whole weapon collection system is great and reminds me of RPGs of old (on the PC) and the visuals and characters I've met so far are rather interesting. Luckily I can jack all of the visual options up to max and holy crap it looks nice, I'm so glad they went with the style they did.

I occasionally get my butt handed to me because I wonder off too far and get into pits of baddies whom are much higher level than I (a weird feeling in a FPS title) but I'm learning to go a more subtle pace.  I haven't really done much of the Co-op thing, as I'm still learning things from the game itself but I may venture into that kind of gameplay at some point.

(PC) Oddly enough, the last game I've been spending time with is "The Sims: Social" a facebook game no less which is sucking my soul away. Raptr (which tracks gameplay) tells me I have ~12 hours sunk into it... and that's scary. I usually can't stand facebook games and... this one does have some of that "Hey you can only play for X time before your "energy" runs out" and "Bug your friends for shit" but... some of that retarded stuff aside, it feels more like a game that most facebook games. It's basically The Sims thrown into a facebook app. It's interesting to say the least and I've been playing quite a bit of it. *Shrugs, I dun even know why :P.
at 9/08/2011 07:27:00 pm
Labels: Games, Music
Newer Post Older Post Home