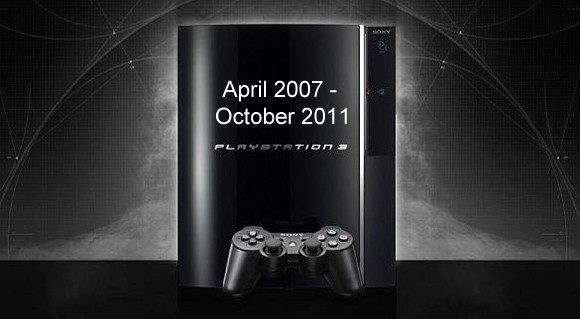 So, today was one of the first days in a bit where I didn't have anything to do before work and so, I went to bed early the night before, got up at a decent hour and started playing some Batman: Arkham City. I got a good solid 5 hours into the game and reached a part in the museum, dealing with Penguin and his goons when my PS3 shut it self off and obviously my game while it was at it. This kind of thing has happened in various games over the years, bugs I presumed, and so I just restarted and thanks to Arkham City's great checkpoint system I was brought maybe 2 mins away from where things went all crazy. Jumped back in, whooping some butt and BAM a shut down at the exact same moment.

Scratching my head, I headed online to see if anyone was experiencing the same thing in this location, but came up empty. I turned my PS3 back on and just left it at the XMB for a bit while I continued to look around online and... bam, it shut down again, I wheeled around in my chair and my heart sank. I turned my PS3 back on and it didn't even get to the XMB when it reset and beeped at me, it's power indicator flashing red.

I actually backed up ALL of my PS3, PS2, PS1 and PSP mini saves about a month ago... to a USB stick (and some to Sony's cloud service, as they were copy-protected and refused to save to the stick) so I should be able to transfer them all over and not lose much of anything (besides my Arkham City save, which came after the backup). I also managed to turn the PS3 back on and eject my Arkham City disc... so that's not a lost cause :) 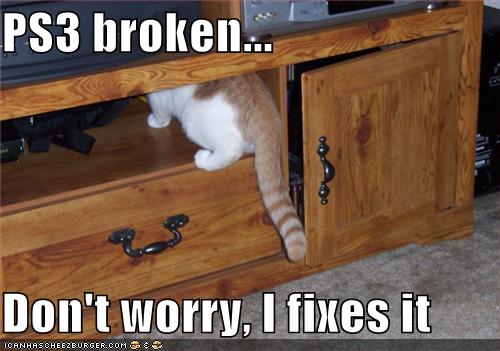 *Shrugs. I'm assuming it's the GPU... because I've been having weird graphical glitches across a lot of games where textures would pop out for a second, replaced by large solid colored polygons. I just put up with it.. for like 6-9 months now. Also, it's been getting louder and louder depending on what game I played. Sounded like a freaking Jet engine at times :P Guess I should of been more concerned with those signs, eh?

Hundreds of hours put into games over the years and it's never faulted me before now. Being one of the 60gb launch models (I didn't get it at launch but the manufacturing date was before launch, so I called it a launch unit :P). I will tear it apart and attempt the usual methods at repair, like applying new conducting gel on the CPU/GPU or w/e is involved, to see if I can resurrect the beast... but I really don't have much incline that'll work. Sony wants nearly as much to fix it as it costs to buy a new one... which is silly... but may also be an option sometime down the road.

I'm getting a new slim model tomorrow, as cheap as they come, as I've already got a new 750gb HD on order too, so stock HD doesn't really matter. I'm going to lose the ability to play PS2 games... which sucks a lot. I'm heavily thinking about getting a new PS2 as well... cuz I still enjoy the hell out of PS2 games. But I may way a little bit... so I don't stretch my bank account too much (I still need to invest in winter tires for my car sometime before it snows, which will set me back several hundred further, ntm other bills that need taken care of).

I can't wait to get back into Batman: Arkham City... but fear my save is gone. Uncharted 3 comes out this week too! So I can't just go without a PS3 :P