A grab-bag of random 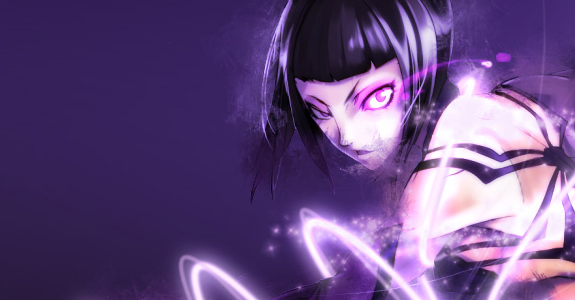 Heh.... so I noticed... my last blog post was on the 13th of September. That's like... 3 weeks ago :P It's partially because I've been busy with stuff outside of the internet and partially because I haven't felt like writing out something in full. Either way, I got some good feedback on my cyberpunk post; here at gamespot, on facebook (a cyberpunk group no less) and a few other places where I post my blog and it's really encourages me to take a more "journalistic" approach to future topics in an attempt to make something informative and article like, rather than just ramblings about what I'm up to every blog :P That idea, however, takes quite a bit of effort in making sure everything is crafted well enough to make sense, that the facts used are correct and so on.

Anyways, this blog isn't like that. This is more or less just a catch up blog.

Ack, lately I'm all over the place with my gaming. Jumping from game to game, not finishing a whole lot and really just killing time rather than sitting down to a good story.

Hard Reset - (PC) At one point, I picked up Hard Reset on Steam and rather enjoyed it. It's a pretty and decently fun throw back to shooters of yester-year. Not particularly strong on story or characters or anything besides nice visuals and fun (kinda frantic) gun play. I didn't find it particularly hard... but then again... I played it on easy. I'll try harder some other time :P Only about 4-5 hours long... but I enjoyed it. Gave it a 7.5 on GS.

Timeshift - (360) I was playing this game a while ago and kinda liked it but... would run into situations where I died a lot simply because I didn't know exactly what I was doing or whom was killing me. I got curious as to how far I was when I left it so I looked up a walk through and learned... that I was like 5 seconds away from beating it... lol. So I booted it up and tried my hand again at the boss and literally walked through another building and laid the final shot into the boss and I was done... I can't believe I was that close to finishing it all this time :P The game looks great for a 2007 title and the gun play works well, but the narrative is bad, acting bad, and over all story - you end up not caring about. Throw in some odd difficulty variation and it's a 6.5/10 :P 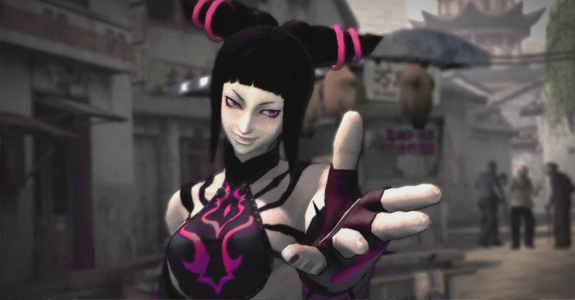 Street Fighter Third Strike and 4 - (PS3) Ahh SF :) Got a random urge to play some Street Fighter :) Downloaded SF3TS and f'n love it :) Such an awesome hd update to an awesome game :) It also pushed me to throw in SSTIV and give that a go again. Seth... I think his name is... is a cheap FUCKER! But I enjoy the game like no ones business. Juri is DEFF my fav new character.

Test Drive Unlimited 2 - (PS3) Not impressed. The game seems so awkward. Like it needed double the amount of development time? I hate the story/characters, don't care for the world it's set in and even the driving itself is just passable. I can see myself not finishing this one :S Never know though... lol. A shame as the trailers and media made it look awesome. 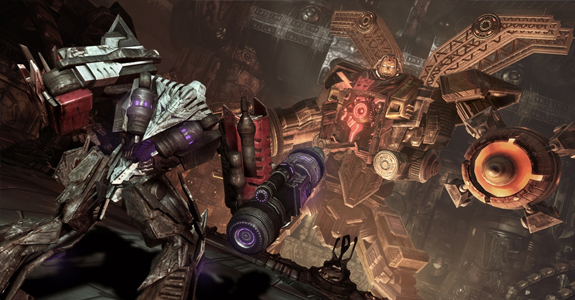 Transformers: War for Cybertron - (360) Ahh, transformers :) I don't remember exactly when I picked this up, but it's been on my shelf for a bit, begging to get played... so I threw it in. The actual game play can get a little dull, but it's not too bad and controls well. The A.I, I think brings it down. But it's story feel good and it's fun going through out it. I finished the Decepticon portion of the story and I'm like 3/6 chapters into the autobot continuation of the story. I jumped online with it as well and did not too bad taking down some foes - even when I was one of the few low level bots :P I kept messing up the transform and melee buttons tho... so when I was going to land a deathblow to a foe... I'd instead turn into a vehicle... lol. My vehicle had a large cannon attack though... so it wasn't all bad if I managed to avoid a melee attack from them :P Not done with it yet, but it's fun :)

Fear - (PC) Decided to give the FEAR series a go. I wanted to play it on my 360... but they're near impossible to find and at a good price. So I got them from steam. Just barely got into the first one... but it's kewl thus far, they have very good sense of timing with spooky stuff. I went up a ladder or something a whipped to the right to see alma creeping past a door... I thought that very kewl that they'd trigger that just as I looked :)

Serious Sam: The Second Encounter HD - (360) Superb :) I went through SS1 a long time ago and tried to do it again on my 360... and was SOOOO BORED. lol. Decided I'd give SSSE a shot... and it's quite a bit better :) Looks much nicer and is just more engaging. Very fun.

Been trying a few demos too:

Duke Nukem Forever - On 360 as well and it's what I expected. Really oldskool "kill everything before going to your next boring objective" which I know a lot of people hated and ripped on it for... but I wasn't that put off on it, knowing what I was in for, I accepted it and had some fun. I honestly feel people were so frustrated with the game because they expected more from it. That said, I'm not dropping $60 on it :P

Bastion - I downloaded the trial for Bastion on XBLA and what I got to play before my power went out (during a storm :P) was kinda kewl. I didn't like falling off the ledge so easily and I was shocked at how quickly monsters whooped my butt, but it's got a superb sense of style and unique feel to it. I don't know if I want to drop $15 on it right now, but it's something I'll keep in mind (most likely grab it during a sale on Steam).

Driver: San Francisco - (360) Was a surprise for me. I downloaded the demo for 2 reasons. 1 - it looked alright and 2 - I had enjoyed the original Driver. The mechanic of leaving your body to take over anyone elses is weird... but unique and a lot of fun :) The demo gave you a few different scenarios but each was fun and the handling was both unique and really well done. I'll have to get this game some time down the road.

Toy Soldiers: Cold War - On the 360 is a decent little game. I actually won a code for it in a contest and I'm glad I did... as I prob wouldn't of given it much through if I hadn't. It's a small scale RTS/tower defense kind of game, but the strategy is solid, unique and a lot of fun. I love playing at the commando powerup - who weilds a machine gun, rocket launcher and just causes chaos while screaming "YEAH GET SOME!!!" :D So... while this is under Demo, I actually have it and enjoy it :) 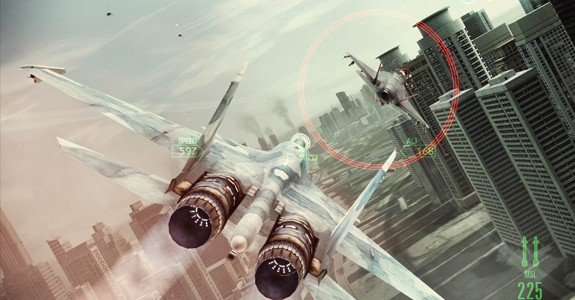 Ace Combat: Assault Horizon - Downloaded this on my PS3 and was blown away. Honestly... most flight games I get totally disoriented and confused, never seeming to be able to catch up with baddies and take them down... but this demo completely changed that! I was whipping my jet around with precision and their DogFight mode (just take a button when behind an enemy) makes everything so butter smooth - OMG I love it. Will be getting this one at some point (if not at launch).

Dungeon Siege 3 - Also on my PS3 I got the demo for Dungeon Siege 3 which also impressed me. I wasn't sure exactly how things were going to play out as the developer is not the team whom did the first two... but I rather liked it. Having 1 of 2 characters and a solid experience revolve around that is kewl and everything just worked well (I would of liked better camera control through).

Been watching this season's Breaking Bad since July and this coming Sunday is the finale... and it should be GOLD :D The show really kept up this season with the anticipation! Can't wait for it.

Dexter started on Sunday :) I love Dexter :) Can't wait to see what they do with this season.

Batman: Year One. I found out about thanks to amazon, want to see it.

Speaking of Batman - Akyham City is getting RAVE reviews and I couldn't be more excited for it. Got the CE pre-ordered.

Also waiting on Uncharted3, Skyrim and a number of others :)

Have not picked up Gears3 yet. Money management and all :P Thinking SotC/Ico and GoW Origins collections are my next pick ups, Gears after that perhaps? Rage is out too... :S lol. Too many games.

Cibola Burn
by James S.A. Corey
The 4th book in the Expanse series! I loved the first 3 and just keep eating up this universe. Going to finish with book 5 before I tackle the show (as I hear that is a good place to start if not wanting spoilers).

BioShock: Rapture
by John Shirley
A prequel to an astounding game that details the making of the underwater city of Rapture? Sign me up!