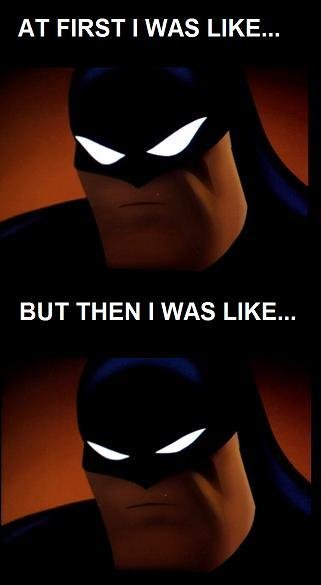 Three days feels like forever when you're waiting on something. I was told my Arkham City pre-order had shipped on Monday, via courier, which I assumed would be here the next day (Tuesday, the ship date) as courier services are generally really quick to get stuff to it's destination. Turns out they sent it via the regular mail system and because they shipped it in such a mammoth box (seriously, it's like 8X the size of the smaller box that the collector's edition came in) I had to go pick it up at the post office :S

But, now I have it :) I put it's Batman statue near my more awesome statues and noticed that I need to dust or something... :P 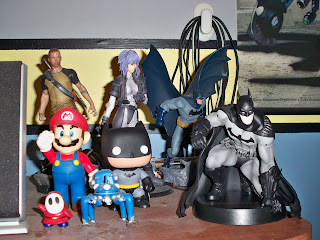 I redeemed all of my DLC (It came with the Dark Knight Rises costume, Penguin lounge challenge map and Catwoman DLC as well as a beta code for Gotham City Impostors and a code to download the OST). I'm actually waiting and hoping they release all of the pre-order dlc for the game on PSN/XBL so I can get it all! Cuz I need to play as robin and kick butt as batman from the animated series :D

Took the game disc out of it's holding place (in the back of the artbook) and put it in the steelbook I got for ordering through futureshop (which is great and much better than using the artbook). Have yet to pop it into my PS3 (waiting for the DLC to download) but I hope to break into it a little bit before I have to head into work :)