Is someone trying to tell me something? 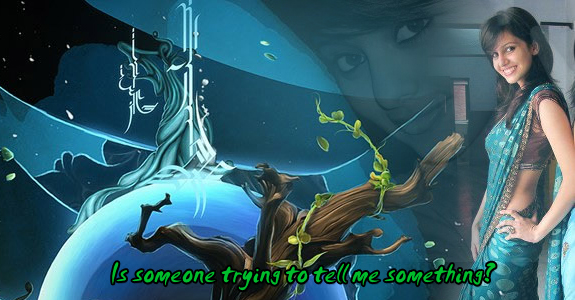 What do dreams really mean? It's something people have been mulling over for ages and in the end, we really don't know, but there are some decent theories out there.

The most logical idea, that a dream is a practice taken by our subconscious to play things out in an attempt to unravel ideas, thoughts and scenarios to better arm ourselves for the complexities of the world. I kind of like this idea, but it doesn't seem to apply to some instances where dreams just get wacky crazy. Some even believe that dreams are our subconscious's way at testing things we'd really like to do in real life, but for some reason can't seem to. This all seems to make sense to me... but again, there are dreams that don't seem to fit in these categories.

Others, whom are obviously more spiritual, believe that dreams are meant to be lessons and glimpses from entities of beyond to both help us through life and tell us important things. While I'm not especially spiritual, nor follow any religion seriously, I do believe in an state of being after death - the likes of which we don't quite fathom at the moment. Thus, I believe that mesages from beyond this life could be possible.

Which leads me into my initial thought that sparked this blog post.

I've been having dreams over the last 6months+ and while not every dream does, a number of them seem to have a reoccurring piece that's starting to play with my head. It's making be wonder why this subject (actually a person) keeps popping up in my dreams. I don't seem to notice, while in dream, that I've seen this person before, but when I wake - I know it's the same person I've seen in a number of dreams. I've never seen this her in real life, she has no name, I don't know anyone whom resembles her in my life (currently) and yet... I feel like I've known her forever. It's strange.

The first dream that I can remember where she appeared, was a cryptic one in which we found a VHS video tape addressed to me from my grandmother (whom has been dead for about ~12 years now) and after being popped into the machine to play it, it turned out to be a family video tape of sorts, including large portions of the family on my mom's side. We thought it really weird though, because not only is my grandmother in the video in scenes we don't recall being at, she's also there along side grand/greatgrand-children whom were not born or at least not at the age they were before she passed. The dream is chunked up here and there for quite a bit but two very vivid scenes stand out after that first scene. One being this girl showing up, in this instance as a "professional" whom can investigate videos tapes like the one we got and when she arrives to do her job, she is dumbfounded by myself and the tape as it turns out she was contacted by my grandmother (I assume before she died) and was shown (in a dream?) that one day she'd meet her again and she would lead her to her future husband. The second scene is one of myself and her on the side of a mammoth bridge, I release this large banner like cloth to the wind, while holding on, letting it's huge size ripple in the wind. It's red and has type or logo or writing on it, which I'm told (from a disembodied voice?) that I would be known for that... then the dream ended.

If that wasn't odd enough, I've seen this same girl pop up in various dreams since then, she usually just pops in and smiles, or stands by watching what ever scene is currently in session play out.

I don't even have a 100% image of her. If I saw her in real life I would be able to pick her out... but to describe her... it's difficult. Shorter than myself, she has mid-long black hair and a lighter-dark complexion (which looks more like Indian descent - or rather that part of the world, not necessarily that nationality, that's just what comes to mind), dark brown eyes, slim, pretty and with a gorgeous smile. I went looking on google and found some images of girls that kind of look similar. 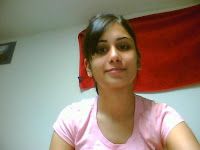 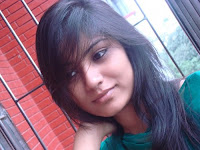 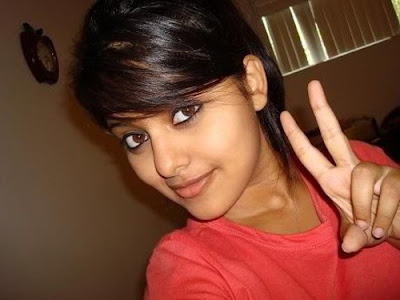 Then, just last week I had a much more vivid dream (most dreams feel foggy and merely memorable in quick glimpses, occasionally like this time, I remember the dream in near painstaking detail) in which I meet up with her again. Oddly enough, it's got a connection to my mother's family again.

This time we're spending time in a hotel for some kind of family function. For some reason I acknowledge my father not being there, having to work instead of be there for the gathering. A rather long series of events lead me to a lobby like area where I sit at a bench seat/sofa and whip out an old skool gameboy to play pokemon (awesome right? lol), then SHE comes along. Like I mentioned above, this girl is unknown to me in my dreams (but recognized once I wake) and she sits down next to me, gameboy in hand and we hit it off, discussing the game, playing together and so on. Time flies, almost on FF as the day melts away and eventually we reach a scene, same sofa, relaxed, my arms around this girl as she either rests or sleeps beside me. I wake her to remind her that we've got a dinner or something to attend (I assume with my family) and we head off to that, magical clothing change on the way and I find myself sitting at a table, my family behind me somewhere. At the table a large family of, which I presume to be people of an Indian descent (again it could be a number of nationalities, it's just what springs to my mind when I think of the dress they were in and their general look). I remember a whole lot of randomness, talk, a guy dancing? and a number of little things almost on FastForward again and then every thing kind of zeros in and I'm left talking with an older woman of the group (whom I assume is either the mother or grandmother of the girl I met in the lobby) who is asking me questions and I feel the entire group sort of looking and paying attention. It's finished with my trying 3 different foods in front of me and  after an approval of my like for a certain dish, the older woman smiles and throws her hands in the air which leads to the same thing from the rest of the table. To which she exclaims I am now allowed to marry this girl whom I met earlier. Overjoyed, I wake.

I always feel amazing after each dream where she appears but also kind of confused as I'm clueless as to whom she is. It's an odd feeling. Also worth noting, in no way are these dreams sexual, they're rather pure in nature, which is fine with me, it just further makes me wonder about the meaning behind these dreams. Has anyone similar stories? Thoughts? It'd be interesting to get some different views.
at 11/08/2011 03:07:00 pm
Labels: Misc
Newer Post Older Post Home