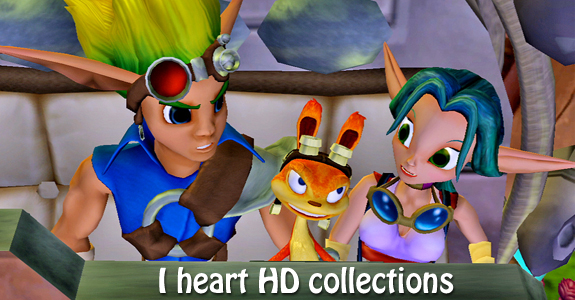 So, I just spent some more time wandering around in Shadow of the Colossus (please tell me someone got that Sotc pun), hunting down fruit and lizards to boost my health and stamina as I plan to start out and take down my 3rd Colossus and I noticed something. I love these 'HD Collections' packs that companies seem to be hoping on board with.

I'm not sure if you're aware or not, but the PS2 era (6th generation as some call it) of gaming is by far my favorite. I own a ton of current gen games and would never give up amazing titles like Mass Effect, Bioshock, The Witcher, Assassin's Creed and the numerous franchises that started out in this generation of gaming. Jump backwards and I have mad respect and nostalgic feelings for games in the 16 and 24 bit system area with many favs from that time too and even the 64bit era has some titles that changed my life in gaming for sure. But the PS2 era is by far the largest for me. Perhaps it was just my gaming prime ages or something along those lines, but what ever the reason I seem to resonate the most with it.

Anyways, to see companies dip back into that pool, drudge up some gems and touch them up to play on our new consoles, really makes me happy. The first one to do this was Sony, with their God of War franchise, bringing the first 2 God of War games from the PS2 to the PS3 with updated visuals and a nice smooth run over to enhance it for it's new home on a beefier console. This is a step of dedication beyond simply packing games together in a box set and labeling it as a "collectors pack". Since it's success there have been a growing number of titles, some well done and some less well done, for gamers to be nostalgic with and dig into the well of gems from the console generation past. 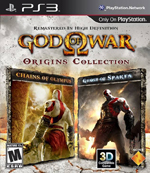 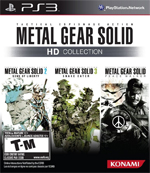 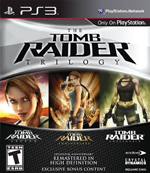 As I mentioned, I picked up the Ico/SotC collection (haven't touched Ico just yet) and along with it, the God of War Origins collection (which includes the 2 PSP prequels to the GoW franchise). Now, the 5 games in the series of GoW games sit next to each other on my shelf, readily available to me when ever I choose to throw one in, that's incredibly awesome. They join my copies of The Sly Collection and The Tomb Raider Trilogy - both of which are incredible sets with some superb titles packed into their discs. I've been meaning to grab a copy of the Prince of Persia collection (the 3 PoP games from the PS2 era), but haven't seen it around.

In the near future, I am excited for the Metal Gear Solid HD pack (which includes MGS 2, 3 and Peace Walker) as well as the Zone of the Enders pack (ZoE 1 and 2, the second one I've never touched). Both of which are shaping up nicely. Since I started this blog post (a little while back, it's been sitting here unfinished) it's been leaked and confirmed that a Jak & Daxter is being prepped for the PS3 that includes it's 3 PS2 outing (minus the cart racer JakX) 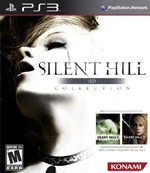 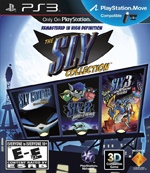 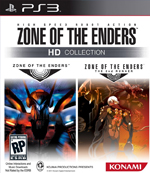 The Silent Hill collection... I'm worried about... as they've excluded SH4 (which I enjoyed very much) and are changing the voice over for the games (contract dispute /w the original actors)... (at least for SH3, recent news reports that they'll have the option to choose either original or new VO for the SH2 copy of the disc) we'll see how it goes.


On the flip side I hear the Splinter Cell collection was done without love. Frame-rate issues, less that impressive HD visual upgrades, exclusion of multiplayer and other nasties make it much less appealing. Capcom decided to release each of their 2 PS2 Resident Evil games as download titles (RE4 and RECV) at $20 a pop - a curious move as the trend seems to be one of packing a few titles into a retail disc, but reviews seem to point out that not a lot was done to the two titles to upgrade them. RE4 looking near identical to it's original (albeit in a higher resolution). Was that their way of "cashing in" without actually doing a lot of work? Perhaps. As it seems, most of the HD Collections are looking to provide a product of labor (and love) to it's fans and at $30-$40 a pack (of 2 or 3 games) it's hardly a grab for money ($10-$20 per title hardly seems like such).

Some misguided cash ins aside, there seems to be promise from the studios that that their time and do justice in upgrading these aging titles for current consoles. 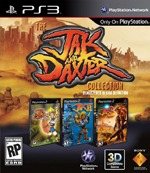 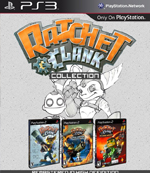 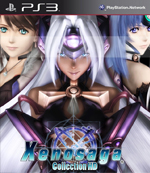 Ratchet & Clank seems to be a franchise that would be prime for packing into an HD collection, as the franchise is still very much alive today with the PS3's "R&C Future" series of games. I would think that this title is probably already in development and we've just not caught wind of it just yet.

I would LOVE to see a Xenosaga HD pack made for current generation and I loved the series on PS2 and would love to go back and experience it. Seeing as the company whom made it is now owned by Nintendo, that might mean some issues.

Kingdom Hearts HD anyone? The PS2 was the starting point for the series and while it's spun off and done GBA, PSP titles, DS titles, upcomind 3DS titles - I would still love to see the first two games and maybe even Re: Chain of Memories packed into a disc, updated visually and control wise to match the power of todays consoles.