PS Vita: A Review (sort of) 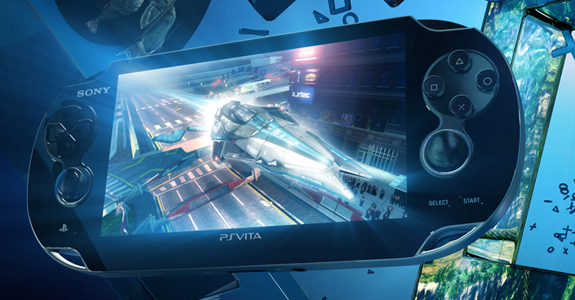 I actually had to wait on amazon and Canada Post to get me my Vita. I got word from Amazon that they shipped my order (Vita, Memcard and Uncharted game) on the day of launch, Wed Feb 22, (why they couldn't ship so it'd arrive on the 22nd - I don't know) and I figured if I hadn't seen it by Friday, it'd be a definite Monday arrival. I was right. I got word from the post office that a package had arrived for me (on Monday) and late afternoon I went out to retrieve said package. Spent a few hours charging and updating the system (I had to try 3 times to get the update :S It kept giving me an error). From there I spent the evening with it. I've since had 3 sit down sessions with it, each a few hours in length.

Absolute first thought "It's smaller than I had pictured". It's really only about 3/4 of an inch taller and wider than my PSP slim and about as thick (though, it feels slimmer once in your hands). The screen itself is quite impressive, as it seems as though you're just holding a large screen, instead of feeling like a screen packed into a system (again, like the PSP). I like the grips on the back and the over all feel of the machine when sitting in my hands. Sadly, it's already got smudge marks all over it from my using the touch screen/pad. It looks as though it's going to be hard to keep looking nice.

The buttons really threw me for a loop. I assumed that the face buttons were going to be in the same scale of the PSP (also what may have made me feel that the system would be larger than it is)... but they are not. Unlike the PSP where the buttons are near identical to that of a PS2/PS3 dualshock controller in scale and feel, the Vita's buttons are much smaller. The (Square, Triangle, Circle, Cross) face buttons fit under my thumb and kind of remind me of the face buttons of the DSL - only with a harder click to them. The D-Pad is decent, but again, different from what I expected. Instead of the 4 separate arrows, it's more like a traditional D-Pad, again with a harder click feel to it. The PS button is fine... but the Start and Select buttons I found too small and because they're smooth flush with the system, kind of tricky for me to press, as I have large thumbs (and digits in general :P). The top power and vol control buttons are fine. The joysticks felt foreign when I first played with them, but 20 mins or so into a game and I hardly noticed that I wasn't using actual joysticks, very nice upgrade from the nub of the PSP.

Speakers are in a nice spot :) I didn't cover them at all, but, after playing Uncharted I rather wanted them to be louder (might check the volume settings in uncharted, if there are any). The ports for games, memory cards, headphones etc, seem to be thought out and in spots that aren't in the way or too noticeable.

Okay, physical details out of the way. Lets get into the system! :)


WHAT THE HELL HAPPENED TO THE XMB? Gahh, I loved the XMB! The new, touch screen only, menu system makes me raise an eye brow. It's graphical and is sort of like what you find on a smart phone - pages of shortcuts that allow you scroll through them - and it's something I'm not big on. The idea works and no doubt is great for users whom like simple interfaces... but I find it such a waste of space. I haven't played around with all the settings yet, but I wonder if I can make folders? I would love to have a folder on the main screen for "Games", another for "Demos" and so on so I don't have to fill pages with the damn things. What I do like about the interface though, is the multi-tasking and constant shortcuts everywhere. When you hit your PS button (you can be doing anything, playing a game, browsing, watching netflix etc) it'll give you the page built for the app you're currently using for a set of options and a way to close it immediately... OR you can just go ahead and go to the main page and open up another app and start into that. Hit the PS button while you've got a few apps going and you'll be brought (first to the current app's page, then) to a sort of task-manager slide that allows you to shift between those you have open or again back to the home screen. When you've gone back to the home screen you can flip between app sessions simply by flipping left and right. It's quite handy for multi-tasking and works rather well. It the end, it's a decent interface, but one that I need more time with and one that could use a few tweaks. I spent some time playing games, messaging PSN friends, checking out the trophy list for my game and looking up something on google, all with some quick back and forth... something even my android phone seems to have a little trouble with in comparison.

I've visited the PSN store, grabbing the Netflix app and a few demos to test out. My copy of Uncharted being my only physical game, I also purchased 'Mutant Blobs Attack' and 'Escape Plan' from PSN. Escape plan still confuses me, but is a good game to take advantage of the touch screen and pad that the system has. Mutant Blob is actually quite addictive; it's sort of like a mix of locoroco, katamari and a quick paced platformer, I'm rather liking it. I've also given the 'Welcome Park' app a try, which is, more or less, a series of mini-games that are meant to teach you the basics of using the Vita (the touch screen, rear touch pad, cameras, microphone, motion sensors etc). I did download the three free Augmented Reality based games that use the included AR cards, but have yet to transfer them to my Vita to test out (I downloaded them on my PS3, over night).

I've also jumped right into Uncharted, which I'm totally in love with. It's Uncharted as I know and love it and aside from the plentiful "Hey you can touch the screen to do this, and this and this" pop-ups that plague the first of the game, I am rather impressed with the title. Visually it looks better than the first Uncharted did on the PS3... that's crazy. Play wise, like I said, it's Uncharted through and through. There a few things that have been added to it though, that make a lot of sense in the series. The subtle aiming assists you can do by moving the system, makes stuff like head-shots soooo much easier to pull off. Wow. You have no idea until you try it. I thought I wouldn't be much into the alternative ways to control the game... but they're really well done and make the experience that much better. I didn't like aiming with it ALL of the time, but like I said, the subtle little moves just before you finish them off worked wonders. Also, climbing along ledges is a breeze by just sliding a finger across the path you want drake to travel. Running a finger over the screen to dust something off or make a sketch of something... wonderfully immersive compared to clicking a button to do so.  I'm really impressed by this title. I did take a few screenshots in game (a feature of the Vita) but have no idea how to get them off of my Vita :S

There are a few other titles that I'd like to purchase as physical copies, but plan on holding off on spending money on gaming for a bit after my Vita purchase. The demos and items I did download are going to chew through my 8gb mem card quite fast... as each demo/trial is like 600-900mb each! Sheesh. But I guess that's why larger memory cards exist, huh? Kind of holding out to see if we'll be getting 64gb, 128gb and larger cards in the future. That'd be nice.

Over all, I'm quite pleased with the system itself. The feel and look of the unit (physically) are nice, even if they're different than what I had envisioned. The speakers could be a bit louder and the start/select buttons a bit more pronounced, but I didn't have any issues controlling my games with the device. The touch screen/pad are a unique combination and work without a hitch with the games I've played, as does the motion sensor aspect. The main menu could use some tweaks (which I'm sure will come along with firmware updates) to allow a bit more customization and the browser lacks flash (stupid) but aside from that, the experience was really smooth; quite a bit more than I had assumed it would be. The snappiness of the menus, navigation, switching between apps and over all experience feels better than any other console/handheld I've used thus far.

The game's I've played so far impressed me with build quality, graphical ability (Uncharted) and the idea of knowing that these first round of titles are so decently polished. It leads me wonder about the kind of improvements we'll see down the road in 2nd, 3rd and 4th year games. Can't wait to get my hands on a few more titles and see what's coming along for the system for the rest of the year.
at 3/01/2012 08:53:00 pm
Labels: Games, Reviews
Newer Post Older Post Home