Wasteland 2? Yeah, why not. 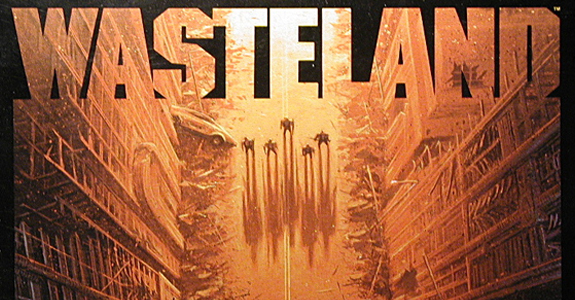 So, if you've been following my blogs, you'll know that I'm big on the idea of fan funding a project that would possibly get looked over by publishers. With just over 2 hours to go in Double Fine's kickerstarter project that asked for $400,000 to help fund a throw back to the adventure games of the past; the project sits at over $3.2 million... I'd say they've been quite successful in their attempt to get fan backing.

No doubt intrigued by this idea, Brian Fargo, head of InXile (also a huge part behind the former Interplay) and a guy with a list of huge games under his name has decided to reach out to fans to craft a sequel to his company's 1988 title "Wasteland" (Over view of title here). "Fallout" before Fallout existed, Wasteland followed a very similar style (albeit a bit pulled back in visuals due to the hardware of the time) and was actually a predecessor to Fallout itself. Due to legal reasons (EA owned the Wasteland trademark, which in 2003, Fargo bought from them) when Fargo and team worked on Fallout 1 and 2 (yes they also created fallout) they simply couldn't use the wasteland name. Anyways, he has brought together a superb "A-List" team of developers (Alan Pavlish, Michael A. Stackpole, Ken St. Andre and Composer Mark Morgan) to help him with the project and is asking fans for $900,000 to get the project going; explaining that it costs a lot to get a game off the ground and that he wouldn't take any kind of salary or payment from the donations for the project.

(Link for those not reading at my blog)

Here's an interesting video on the kickstarter page that explains all of this and more (in a decent comedic tone too - the bit where they go to publishers made me laugh) and of course you can visit the page if you so choose to want to support the project. Here's hoping more smaller developers see this kind of thing take off and are able to bring back classic games of our past into the way they should be made without publishers changing what should be.