I've been trying to craft a blog post for quite some time now. I've got like 3 half done posts sitting in my drafts and never seem to have the ambition to finish them, funny thing, I even quit writing this blog post a few times and went off to do other stuff.

Anyways, I'll make this one short and sweet. Today, 14th May (okay, yesterday now... cuz I take too long to write a blog), a number of years ago, I was born :) 5:30am as my mother recalls and a month early at that, I came into this world and have been gaming since ;)

The day was a quiet one where I started the day puppy-sitting my sis's pup and I spent the rest of the day partaking in the task I call "Vedging" in which I do nothing and even then I feel bored of that. I watched some Netflix, played some games (About a Blob and God of War 1 mostly), spent some time outside, took 2 naps, you know one of those days where you do NOTHING :P It was kind of nice really, with how hectic things have been lately.

Mom made an awesome home made meal for my birthday, consisting of an awesome casserole dish that I enjoy and chocolate cake smothered in cream cheese icing. Gahh. Drool. We got some Chinese food the night before as a treat for Mom on mothers day and my brain is in awe at the awesome meals I've been enjoying :P (I really like Chinese food, lol). 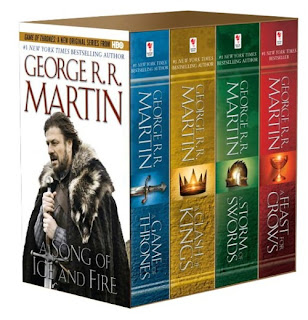 I got a few things, just a few, but really cool items that I am pumped to have received. The first, is an item I pointed out on amazon as something I'd love; the first 4 books in the 'A Song of Ice and Fire' series - better known by the first book "A Game of Thrones" which the show took as it's name. I absolutely love the show and have been keeping up, every week, with the episodes and decided I wanted the books. I've got some reading to do :D 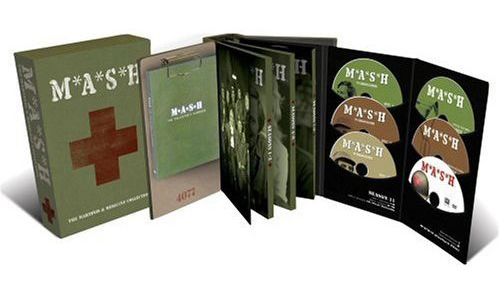 The other very cool, bigger type item is a really neat looking boxset of all 11 seasons of the TV show M*A*S*H. I've grown to really enjoy the show over the last few months, as it's been on a channel we get here in Canada, "Dejaview", which shows only older programming. Stuff like All in the Family, Three's Company, of course MASH, Golden Girls, Roseanne (another fav of mine) and lots of other shows that were on during the 70s, 80s and early 90s. A lot of the shows were aired before I was born, but I can still very much enjoy them. The box itself looks like an old school medkit, complete with cloth outer layer. The inside folds out like a book. 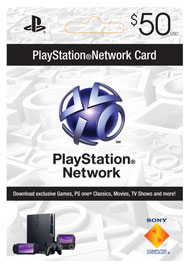 I also got a $50 PSN card which has been redeemed and used to get Legend of Dragoon and Tales from Space: About a Blob (as I really enjoyed the Vita sequel, I thought I'd give the original a go). Totally leaving the rest for something I want in the future.

My sis also said she had something for me, but she's working a few back-shifts currently and I won't see her until at least tomorrow. A pretty cool birthday if I do say :) Oh, also, I kind of bought myself a few things, not necessarily for my birthday, but they're purchases so close that I almost count them as personal gifts. I got the Blu-Ray set 'Alien Anthology' which I've been waiting for to drop in price for over a year now I think, amazon had it for $49. I also picked up Midnight Club: LA Complete, Super Paper Mario, Fight Night Champion and Shadows of the Damned for $15 ea. With my b-day gifts and new games, I'll be busy for quite a while :)
at 5/15/2012 01:51:00 am
Labels: Misc
Newer Post Older Post Home