My thoughts on Nintendo and their WiiU 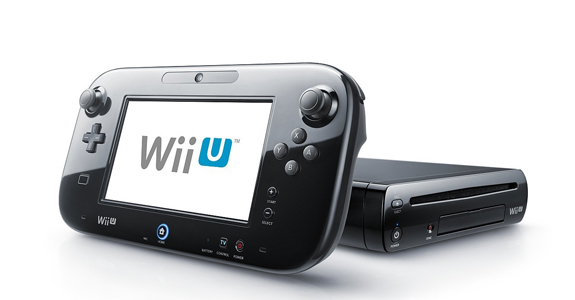 Let me start this off by outlining that I do not own a WiiU and this is not a tear down of what I think about the machine from a player's point of view; rather, this is a look into the politics and happenings of what I see going on every day online and in the conversations I have with friends.

Also of note. I very much enjoy my PS3 and have been vocal about my lack of love for my Wii or how Nintendo has been going about their business for some time now (more or less since the N64). I also don't have an interest in purchasing a WiiU at the moment, either. However, I am still able to form a calm, logical opinion, regardless.

With that out of the way, lets talk about Nintendo's latest baby, the WiiU. Sadly, it's the talk of the internet... but not in a way that's good for Nintendo. Everywhere you go (ok, maybe not everywhere, but pretty close), you've got forum trolls and other such monikers tearing the system down, calling it shit, claiming Nintendo is out for the count. It's gone so far, that even Nintendo fans are frustrated and tired of defending the system against these kinds of comments.

But, there is where, I think, lies the problem, Nintendo fans shouldn't be the ones that are holding the weight of the system on their shoulders. Nintendo should be the one out there showing the world why the WiiU matters. In my opinion, this is where they are weak, where they need to focus on and above all, be it hardware, exclusives and so on, is the biggest thing holding people back from embracing the system.

So, let me reiterate, it's not the hardware that's holding the WiiU back. Yes, the WiiU hardware, from what every project points to, from what every spec we're knowledgeable about, from every example of software we've seen, is much more like the current generation of PS3/360 machines than it is a technological jump forward in terms of pure number crunching ability. Which isn't in any way an attack on their design, be it their choice of hardware, or their unique tablet/controller or the software that uses this tech; rather it's an observation that I think some Nintendo fans aren't grasping. The hardware (what's in the system) can be argued to be less or more powerful than our current generation (I honestly believe there's more they can push with the WiiU, that developers aren't yet harnessing the full power of it), but if anyone believes that the hardware is comparable (again, technically, not fanboy-ishly or in terms of fun games) with the PS4 and what Microsoft is planning on releasing in the near future, I... don't think you understand computer hardware and it's limitations. With all that said, the machine looks to be a wonderful system, if you count out the perceived importance of super powered consoles. The unique controller brings with it some interesting methods of play and the fact that a Nintendo system has joined the same hardware gang as the PS3/360 should put a smile on everyone's face as those PS3/360 gamers whom have enjoyed their systems for many years now get to experience a system with a slightly different flavor.

Sadly, however, rather than adopting that method of thinking, they're looking at future consoles and going "The WiiU lacks technical power freshness, why support it?". It doesn't help that big publishers like EA and Activision are voicing a huge lack of interest in the machine, various developers around the industry straight up saying they have no plans to support the WiiU with their upcoming projects and an extremely lackluster response from Nintendo to combat this kind of talk.

Which reminds me of a 2006/2007 Sony when they launched their $599 PS3 (here in Canada at least, that was the price) to audiences with lackluster support from third party developers. Every time you turned around, Sony was 'losing' a former exclusive title to multiplatform status, missing out on new exclusives that were hitting the 360 or getting shotty ports due to the complexity of developing for the system. Then the media took to it, for a long time, articles across the internet spelled doom for Sony and their big black box, the system couldn't be any worse in their eyes. I remember vividly, Gabe Newell's comment, something along the lines of 'Sony screwed up, the PS3 is the worst thing to have ever come out, they need to go back to the drawing board with it'. Gamers forget this, but Sony sure doesn't. It took them from their high horse of the PS2 days to the bottom of the ladder in a swift step. They struggled with it, struggled on how to promote their system to the world, they often tried to sell it as a blu-ray machine, a media hub and so on. It took them quite a while, but eventually they found their stride and their clear message of what they were selling and to whom. A price cut here and there and the system started selling, 360 exclusives started going multiplatform to Sony's box, new exclusives were formed, Sony went full force into developing superb first party titles, Sony worked on it's network structure, encouraged gamers, invented Kevin Butler and more or less was back on the train of good publicity with the world. Try telling that to a gamer today, whom picked up their PS3. Does it matter? Do they care? No. It was all fanboyism and politics of the industry.

Which brings me back to Nintendo. Articles attack it (the WiiU) on a daily basis, internet idiots run with it, fanboys (of other systems) bath in it as gold lining of their favoritism. Publishers are excluding the WiiU for ports, Exclusives are few and far between, gamers opinion aren't well formed and in the middle of it all, Nintendo doesn't know whom they want to sell to or how to promote their product. Sound familiar? It should.

Which brings me to my outlining thought. Nintendo needs to get their message and marketing strategy straight. They need to either come up with a plan on their own or bring in some help. They need to market the hell out of their system, they need to throw it in gamers faces and show them WHY the WiiU is important. Not only that, but they need to start communicating with developers on a stronger level. A friend of mine said in defense of some news regarding EA, 'Fuck those developers', which I think isn't a smart response. Developers are needed to propel hardware. I've also heard some argue that Nintendo is promoting the WiiU, with Nintendo directs and other info presented online... and I disagree with it's effectiveness. The people watching Nintendo directs and subscribing to Nintendo news... are Nintendo fans, the likes of which don't need convincing to buy the WiiU. Nintendo directs don't reach many other gamers and they sure as hell do nothing to reach a general audience. Nintendo sidestepping an E3 conference this year, too, feels like a big misstep that they could of used to launch their new promotion campaign for the system.

Once they've done this. Once they've shown people what the WiiU is, why it's special and how they're working hard to support it in every way, it will sell. It's not the lower hardware spec (compared to PS4), it's not that good games aren't being made for it, it's not that people have given up on Nintendo, it's the fact that even Nintendo doesn't know how to say 'The WiiU is awesome, have a look, will you?"
at 5/11/2013 12:47:00 pm
Labels: Games, Rants
Newer Post Older Post Home