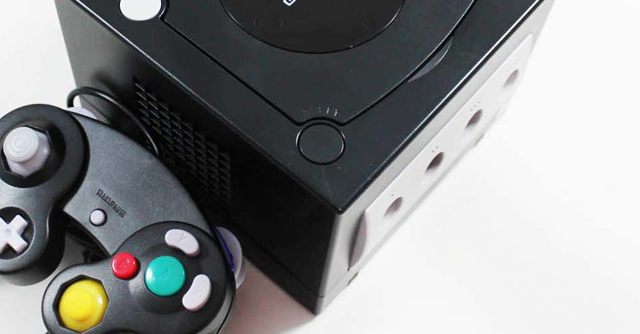 You heard me. Keep that shit. The small monetary return you get for it at the time of selling won't be anything compared to what you pay to get it back later in life as you strive to gather some of that nostalgia wrapped up in plastic.

This is a lesson I keep teaching myself and by 'keep teaching' I mean I keep failing to grasp. Too often do I reach a point where I tell myself "I'm not going to need this ever again" or "This is just sitting around collecting dust" and I sell that video game item in hopes of getting some extra cash to fuel more current gaming desires. Then comes the day where I'm itching to dig into that old game on that old system and experience that nostalgia factor... and outside of emulation (which may or may not do the job) there's no avenue to take... except starting the hunt for that older system and game once again.

It's a weird cycle and one I hope to be able to stop. Rather than sell stuff off, I want to try boxing stuff up and keeping in storage so if the itch comes up again, I can simply go looking for the box of old gaming treasures. Come the day that I want to share these 'blasts from the past' with others, maybe even my own kids (when that time comes), I'll be able to without the need to hunt these things down in flea markets, used game stores and the like.

I've done it with the PS2, the N64 and most recently, I've tripped into the desire to once again experience the PSP in all of it's portable goodness. I've spent a few months thinking about it, trying to track down some decently cared for specimens (I heavily prefer my gaming gear in good shape) and planning my jump back into that universe. What I ended up doing was grabbing a total of 3 "Less than cared for" units from a couple sellers for next to nothing and through a little hard work (and some inexpensive parts from ebay) I've managed to replace the outer case of one of the units to match it's perfectly working hardware. The result is impressive, you wouldn't know the PSP isn't a brand new - out of the box - unit. Purchased a new (third party) battery for it as well and we're into the swing of things.

I played some God of War: Chains of Olympus and Need for Speed Pro Street (both UMDs I got with the units themselves) which are a good bout of fun... but the one game I can't wait to jump into is Daxter.

I've still got some work to do to the 2nd PSP unit, with the case replacement for that followed by final touches to get it up to speed, then I'm going to hand that one off my fiance so she too can experience some PSP gaming (her first experience with the system) or perhaps even some adhoc multiplayer gaming with yours truly. The third unit, I'm not quite sure what to do with just yet.

I am already thinking about the next project in the realm of nostalgic gaming rebirth. Simply put,  Nintendo's lovely purple lunch box: The GameCube. I haven't decided when or how badly I want to pursue that system at this moment in time however. I've got lots to dig into with the PSP and it's library for the time being.