Valley Review: Quite the Gem! 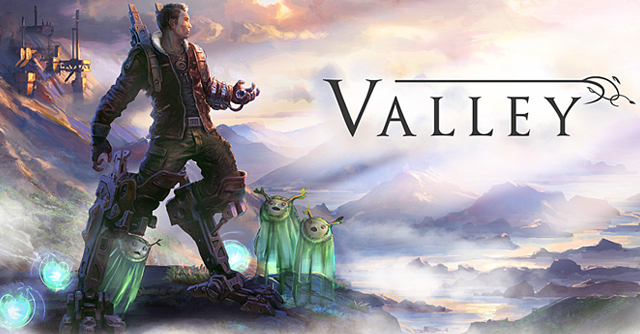 
Occasionally I'll get into a slump when it comes to games, starting a handful or two but never really being captivated by any in that group enough to really delve into them. Valley was part of one of these slumps which broke that trend and I'm glad to report that it's completely blown me away. It's also one of those titles that I thought looked interesting and decided to buy on a sale, leaving it on my hard drive for quite some time. I'm glad I dug into it. It's an absolute gem.

The main premise of this game is one where you're thrust into a remote location known as Area 634 (I believe that's what it was called) which is inspired by the Canadian Rocky Mountains with little more than that as information. You can choose to play a male or female (nameless) character and because it is a first person perspective this really only effects the grunts you hear from your avatar. Nice that they've added both as an option, but not really impacting of the story. You're left to explore at your leisure. This is where the first high point in Valley really starts to unveil itself; the level design.

The level design is so damn smart. It's linear in nature as you follow the story, but with wide open areas that beg for you to explore and reward you with smartly hidden collectables. The flow to these levels (and they're big) really is hard to describe. I've been playing games for many many years and it's rare that I see such care taken into the layout of every piece the player interacts with. That's not to say it's too easy, it's just damn good level design. Bravo to the members behind this marvel.

Only once in the campaign did I hit a snag where it wasn't apparent what should be done (this has been found by others too). In the screenshot below you can see the green arrow I've put in to show where you're suppose to go in order to get the upgrade you need for the section after this. However, you can veer left (see red arrow) and double jump onto a set of pipes which gives you access to the ramp (blue arrow) you see in the picture. This ramp is meant to be used after you progress through the green path and pick up that upgrade. However, following the Red and then Blue path allows you to double jump into the next section where you can't progress (because you're missing the critical upgrade) nor can you go back. You're left thinking you're stumped on something that should be obvious. Thankfully you can fast travel to the section just before this and re-do. Still, it's an interesting snag in a game that's otherwise a winner in level design.

The game takes place mostly in nature as you unravel events that happened in the era of World War II (Early-mid 1940s) surrounding an energy source found only in this area and a military group researching this energy.  The L.E.A.F (Leap Effortlessly though Air Functionality) suit that is built around harnessing this energy is an exoskeleton that allows you to leap high, run fast and with upgrades you earn through the campaign, gain access to nearly anything you can see in the game world. This is a really interesting part of the game which has exploring at it's core. The levels in which you use the ability to run incredibly fast through a charged rail system are exceptionally fun to rush through.

Without saying too much about the plot, it's a somewhat passive story telling, but one that is quite effective. You don't run into other characters, you're mostly hearing recordings and reading notes. It kind of adds charm to the game though, as you're spending your time thinking about the mystery of the island rather than dealing with NPCs. You're also not gunning down enemies, which is quite refreshing.

Visually the game is quite nice to look at and oozes its own style all over the place. From the over all world esthetic, to the neat character/creature designs and intertwined WWII era equipment, the game really makes its own little world unique. The only gripe I'd have against the visuals would be that the shadows were sometimes too dark. I found myself blasting energy to see in the dark sometimes. But I'd be doing the game a disservice if I didn't mention the spectacular sound track. On numerous occasions I found myself just poking around listening to the music instead of completing tasks. It's spectacular. Bravo to the composer and to the technical team who interwove the tracks into areas, changing with fluidity anytime the action/setting called for such.

I've got something like 10 hours into it, have completed the campaign and am now exploring further in the levels for secrets and collectables that I missed (or didn't have access to) throughout the game as the developers let you explore once the story finishes, complete with all of the upgrades you have earned. For a small indie team to have pulled off such a tight, expertly built (on all fronts) game that rivals massive budget titles in quality really just impresses the hell out of me. Bravo team, Bravo.
at 1/26/2019 12:42:00 pm
Labels: Games, Reviews
Newer Posts Older Posts Home
Subscribe to: Posts (Atom)