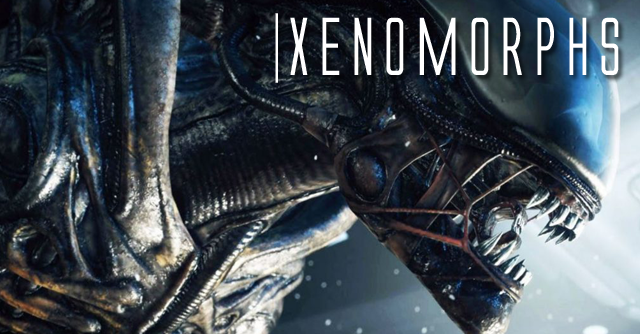 I've recently finished a second Alien(s) novel that ties itself into the movie timeline quite well and I'm sinking into a bit of an obsession with the franchise because of it. The franchise itself is not something new to me, the first two films are among my fav movies ever and have been for many years. Those films cemented my admiration of Signourney Weaver and Giger's beautiful style that defined the Aliens and arguably the series as a whole. I've consumed many other films in the franchise, be they good or bad, other novelizations, games, comics and so on, but this last batch of novels really just re-awoken my love for the world and I'm digging my heels in for more.

The first novel, Alien: Out of the Shadows, follows (Ellen) Ripley something like 37 years after the events in the first Alien movie, but before the events in Aliens. Having drifted in space in hyper-sleep that entire time, she's obviously a little confused a distraught when woken. This however pales in comparison to the news that the ship's crew that discovered her ship drifting is dealing with a group of the Aliens both in the mines of planet LV-128 and now on their ship orbiting this body which of course are the same creatures she narrowly managed to escape decades before. What follows is a bit of a side story involving the Xenomorph Aliens and the human crew (along with Ripley and her cat Jonesy) who are just trying to survive. Without giving away too much, Ash, the android from the fist film makes an appearance and the end of the book gets packed away nicely to fit into the timeline cleanly. I absolutely loved revisiting the universe and the (Ripley) character. It's really nice to see a novel fit so tightly into an already established lore without feeling like a gimmick.

So of course, when I learned that there was actually 3 planned books in this sort of series, I had to rip into the second. Aliens: River of Pain takes place immediately before and slightly along side the Aliens film. Ripley is, as seen in the Alien's movie, woken from hyper-sleep, this time in a space station hovering earth - where she learns that it's been 57 years since the events involving the Nostromo in the first film. However, Ripley isn't the main focus this time, as her involvement more acts as a way to tie into the film's timeline. Instead we're back to LV-426, renamed Acheron, teraformed and colonized with it's main base, Hadley's Hope, growing and thriving. During the course of the novel, we get to know a number of characters who call this rock home, including the Jorden family and their young daughter Rebecca (or Newt). If you're following along the Alien(s) timeline, you know where this is leading. It's quite an interesting dip into that side of the story, getting to know the Jorden family, the shady moves that Weyland-Yutani and it's employees are willing to succumb to for their own greed and getting a better, more concentrated feel for the Aliens, their growth and priorities. The end of the book leads right into the Aliens film and I couldn't put it down.

A third book in the series, Alien: Sea of Sorrows, is one I've decided to hold off getting into for now as I break into something a little different to mix it up... but I must admit, I'm looking forward to tearing through this one soon. All I know is that it's set 300 years after the first movie and follows a descendant of Ripley.

Then of course, I don't need to limit myself to just one medium, do I? Upon finishing the River of Pain book, I downloaded and started playing the 2010 version of Aliens vs Predator on my PC in an attempt to submerge myself more into this franchise. I've played many an Alien game over the years and have really loved some of them (Alien: Isolation is spectacular). I have an itch to re-watch the movies (All of them including the Promethesus prequels... which I found an interesting side project more than a great new addition to the franchise) and really just want to continue to dig into this amazing universe. Have any suggestions for Alien content worth checking out? Leave a comment below!
at 11/10/2019 10:26:00 am
Labels: Books
Newer Posts Older Posts Home
Subscribe to: Posts (Atom)