A decade of games 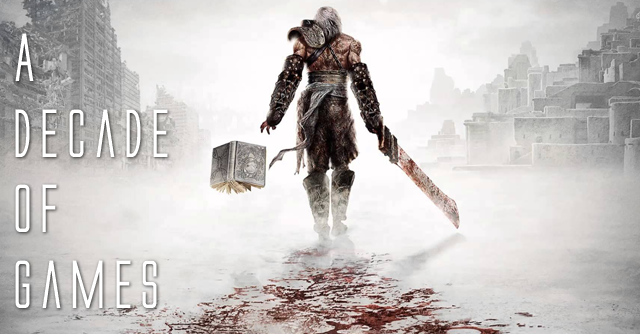 A decade is wrapping up as we roll into 2020 and after seeing a friend's blog post about his top games of a decade, I decided to give my hand a go at it as well. I have put some thought to this, but it is likely I have forgotten to mention something that I would consider significant. To those titles, I am sorry. Without further ado, here at the 10 games that really had a lasting effect on me in the decade that was 2010-2020.

I have to admit, I'm a fan of Kart Racers. Mario Kart is of course the original and big name in this genre, but Sonic had a decent start with the first in this series and this game, Racing Transformed, really just improved on every aspect. Well before Mario decided to start parasailing and wall hovering, Sonic had cars that would transform into boats and planes when the track needed them to. The speed was there, the handling and the characters, all wrapped up in some fun levels, easy to jump in multiplayer and plenty of Sega unlockables. I've spent countless hours on this game with friends and my wife as well as sessions just by myself.  The only knock I have against it is some of the difficulty involved in some of the later unlocks. One of my fav racers of a decade! I would also like to note that it's sequel, Sonic Team Racing, was quite a let down after this title.

The Uncharted series as a whole is one I've thoroughly enjoyed and was shocked to see that the first two actually came out in 2007 & 2009 respectfully, thus disqualifying them for this particular list. I could have added the superb Uncharted 4 (or it's spin off, Lost Legacy) or even the Vita title Golden Abyss (which I really enjoyed) but I decided to give a nod to the 3rd game in the series as it seemed the to eek it's way up my list as most memorable as well as giving it a nod for it's polish. The characters, the story, the action are all things that really just kept me coming back to this title. To have it packed in with the previous two later on the PS4 as a collection was an extra sweet bonus.

For me, Need for Speed dug it's claws into me as an arcade-y racer with the original 3 games, the third of which was the first Hot Pursuit. To my utter delight, this game was redone by Criterion, whom I very much respected for their Burnout games. A match in heaven was made (for my personal tastes at least) as the game hit all the check boxes for my personal list of what a racing game should be. Fast cars, solid sense of speed, unlocks that are better cars and not parts, cops vs racers and the ability to go at it as you please. No silly story lines forced on you, no stupid voice acting, no playing for ungodly amounts of time to unlock parts or pay (real money) for upgrades, just pure speed and fun.

Nier is an incredibly interesting game. It's set in a fictional world where a father must go on a Journey, defeating epic monsters, in an attempt to find a cure for his sick daughter. What plays out is an intriguing world with spectacular (also weird) and complex characters, things to do, NPCs to speak to and realms to explore. The game packs in a handful of different endings depending on how you play the game, the music is quite possibly the best I've heard in any game (seriously, it's good), the action is unique, your abilities fun to expand, worlds a blast to explore and the whole package something you'll never forget. It's highly recommended if you're looking for something different. Its follow up (Nier Automata) is also quite unique, but this title holds a special place in my heart.

The Tomb Raider franchise is always one I had a bit of an interest in as it existed when Core developed it, but it wasn't until Crystal Dynamics and their Legend title that I really started to enjoy the series. When that team then mixed up the formula with 2013's Tomb Raider, it changed the franchise in a big way. That title was a lot of fun and a neat Origin story, but 2015's Rise of the Tomb Raider really planted the series in my good books. The feel of the game, the collection of environments, the RPG-light upgrade system, the tight controls and variety of ways you could go about a task really just hit many points for me. Lara was well acted and it was refreshing to see this character actually struggle a bit instead of being the super acrobatic wonder woman that she started out as in the first few games.

I believe Arkham Asylum had a bigger impact on me simply because it was the first super amazing Batman game to come forth. Thus it's shock factor has a play in how much I enjoyed it. However, that's a pre-2010 game, so I can't include that here. Instead, I'll include it's bigger, improved brother, Batman: Arkham City. It really is a refinement of an established system, with better visuals, bigger maps, more to do, more batverse characters, more weapons (and you start off with the weapons you gained in Asylum... how awesome is that?), Conroy back as Bruce/Batman. Gah, I just love these games. My girl Harley has a solid role in this title and honestly, I always look back at this one with more fondness than I do Arkham Knight.

There's something special about Dying Light in a world where we get Zombie games by the dozen. I can't tell if it's the completely satisfying first person parkour style or the 'never gets old' hacking zombies into bits with home-made weapons... or even the action of creating all of those wacky weapons in the first place. The world seems really well put together and while you progress, you get stronger and stronger, it's not unheard of to have Zombies hand you your ass (especially at night) with a few wrong moves. The ability to drive a vehicle and plow through zombies in the DLC just goes to show you how diverse the team is with ideas. I honestly can't wait for the second one.

Assassin's Creed is a franchise that I kind of left alone for a while. I very much enjoyed the games with Altair and Ezio as main characters, took a dip into the Vita title (Liberation) and played around with Black Flag, but at that point I was burned out by the series. That is until Odyssey. I have a great fondness for Greek Mythology and when I saw that Odyssey was set in Greece and kind of blended the AC formula with a bit of that mythos... I was interested. I'm super glad I did. Odyssey is a breath of fresh air and arguably Assassin's Creed at it's finest. The world is massive, tons of stuff to do, controls are tight, leveling up system is rewarding, combat is a nice step forward from the older games I've played, ship commanding and battles are super fun, story and characters are superb and just over all the game is polished to the nine. I have not finished the game as every time I jump back in, I end up getting side tracked for hours with side missions or just playing and even just enjoying the world. I legit recall one sitting where I was swimming with whales and basking in the peacefulness of it all, surfacing to one hell of a thunderstorm raging in the world above. The game is an escape like few games offer. I absolutely love it.

This couldn't be a list of any sort without a nod to one of my fav franchises ever. Mass Effect 2 eeks in just under the wire, being released in 2010 and while I preferred some of the RPG-lite mechanics of ME1 a bit more than those found in later games, ME2 certainly stands out for me above ME3 or Andromeda (though, I think I enjoyed Andromeda more than most). It's characters, improved action, dialogue trees, worlds, exploration all just helped flesh out the already amazing ME universe. My Shepard's data came over from ME1 making my decisions impactful across multiple games and that for me just floored my whole world. Can not get enough of this universe and I really hope a PS5 remaster of this trilogy comes into being. 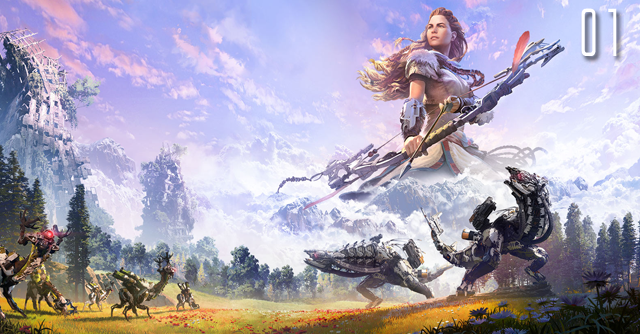 Horizon truly floored me. Not because it's something altogether unheard of, but because it pulls everything it does together in a masterful way. A spectacular story, strong/kick-ass main character, unique and at times jaw dropping-ly beautiful enemies all wrapped up in this wonderful world where it seems like almost every aspect has been thought out. I really really enjoyed the ambitious take the team has taken with this world as I sunk in well over 100 hours into this and still go back to from time to time. It's a game that really just sucked me in and made me not want to leave... not a lot of games can do that and for that I'm giving it the top spot on my list.

It's not easy to gather a list of games that meant something to me over a decade and of course not every game over that time is going to make the cut, thus, here are some honorable mentions:

Valley - Really impressed me with it's style and atmosphere. Had a ton of fun with it.
GTAV - Again, a ton of fun. Just keep going back to this game and series.
Tesla vs Lovecraft - Love the theme and the speed in which this game flies.
Until Dawn - A surprisingly fun horror title like many a cheesy horror film.
Dishonored - Such a unique, first person game.
DriveClub - A short lived game, but one that really just impressed with it's attention to detail.
Mass Effect Andromeda - Quite enjoyed this even with it's shortcomings.
The Witcher 3 - I have not beaten this game, so I didn't consider it for the list. It's lovely though.