Retro Achievements on the Pi 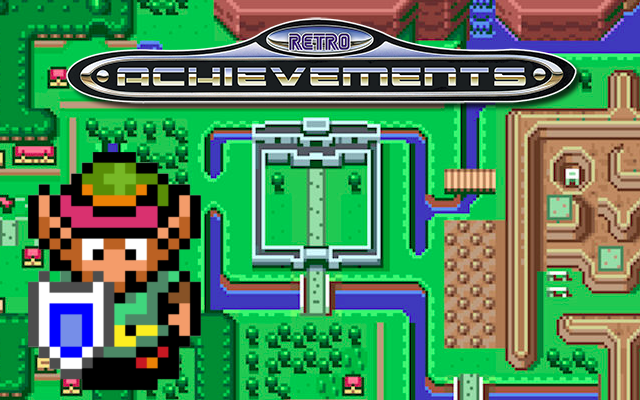 With some time on my hands lately, my desire to play with my Raspberry Pi continues. Since my last post, I've been tweaking, customizing, trimming and improving the install of RetroPie on my living room bound Pi (that's housed in a SNES mini-like case from RetroFlag).

I've got a nice theme applied to the PI, giving the ES software a pixeled retro look, loaded with a ton of retro roms and I've even got an extra PS4 Dualshock controller connected to it for wireless play (where as before I was using a USB SNES style controller... and a long USB extension cable). But the coolest thing I was able to enable (fairly easily) was something called Retro Achievements.

Retro Achievements is a site and passion project by a community of very talented people where they spend a lot of blood, sweat and tears creating and implementing Achievements into retro system games for you to unlock as you play them in supported software.

Achievements, if you're not in the know, are little goal based rewards given to the player for completing certain tasks within a title. The tasks could be as simple as finishing a level, beating a boss or collecting the maximum amount of currency in a particular game. The idea of a system wide implementation to reward and track these was, as far as I know, introduced by Microsoft on their XBOX 360 console and has been implemented pretty much everywhere else since (Microsoft and Sony consoles, as well as on Steam and Gog on PC at least. I think Nintendo has been the only reluctant one to jump in).

Retro Achievements is a site you must create an account with first and then sign into on a supported emulator or collection such as Retro Arch. As long as you're running a supported software set and either add the functionality to it or simply enable and sign in, you're ready to go.

Not all titles have achievements made for them yet, but the list is very quickly  growing with an amazing community behind the growth of the project. All you have to do once set up is to play your games.

I've ripped through Doom on the GBA, earning all of its achievements, have dabbled in Yoshi's Island (SNES) and Zelda: Minish Cap (GBA) to name a few, but have really started sinking time into one of my all time faves, Zelda: A link to the Past. I've played this title huge amount of times, but it really just adds something new to see achievements pop up as I'm playing.
at 4/22/2020 11:23:00 am
Labels: Games, Nostalgia, Tech
Newer Post Older Post Home