Visualizing the characters of The Expanse 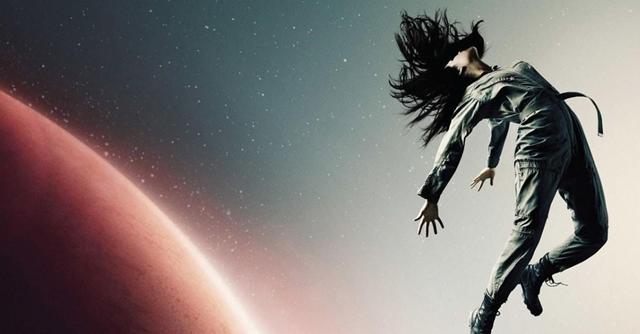 The Expanse is a bit of an obsession of mine currently. I'm making my way through the novels and am itching to give the TV series a go as well.
The Expanse is foremost a series of sci-fi novels (as well as novellas and short stories) where humanity has colonized the solar system, inhabits space stations, planets & asteroid belts, dealing with the hardships and political systems that have formed around this expansion. Unlike some sci-fi, the tech introduced and used in the world isn't as far fetched. Sure, the human species is scattered across earth, space ships, stations and other planets (namely Mars) but there's no magic warp drives to whisk us across the galaxy, we're not hanging out in harmony with Aliens, we're just trying to make it in space. There's A LOT more to it, but that gives you an idea of the backdrop as the story starts.
The series holds eight novels currently, with the ninth to drop this year and has spun up a TV series (originally at Syfy, then picked up by Amazon) as well. As it always ends up being, when you're into a book (or series), you have envisioned what each character looks like based simply on their descriptions. When you toss a TV/Movie adaptation into the mix, you then have an interesting scenario where you likely have a different view than that of the actor chosen to play that character and have to wrestle with that.
I am currently into book five of the series and plan to consume the four seasons of the TV show once I've finished with this particular novel. This choice was made mainly for to avoid spoilers for the books. I'd hate to get into the show and ruin something in the books! I also like the idea of getting to know a series in book form where I can craft some of it's world myself before consuming something like the TV series where (visually at least) someone else takes that role. I found this extremely helpful image on reddit that shows the timeline of the story as it is told in the Books (as well as where the Novellas and Short Stories fit) and how that compares to the TV show. This has been a huge help.
*Zero spoilers in that image for anyone afraid of that.
As I gear up to get into the TV series, I've seen media in place advertising the series which has given me glimpses of the actors chosen for the roles in this series. Before my own developed image of each character warps thanks to the show, I wanted to write this post to encapsulate exactly my image of these characters as I've pictured them as I read these books.
I'll include the four main Roci crew members and a few others that seemed to have made an impact in the books up to this point (and have an appearance in the show):
at 6/01/2020 07:52:00 pm
Labels: Books, TV
Older Post Home